Jordan Henderson and Kevin De Bruyne will go head-to-head again after PFA revealed the six-man shortlist to be crowned their Player of the Year.

Liverpool’s captain was honoured by the FWA after leading his club’s 30-year wait to become champions, while Manchester City’s outstanding midfielder won the Premier League gong after a raft of glorious performances.

The PFA award will be won by a either a Liverpool or Manchester City player as Henderson heads four nominees from Anfield – the others are last season’s winner Virgil Van Dijk, Sadio Mane and Trent Alexander-Arnold – while De Bruyne is joined by Raheem Sterling. 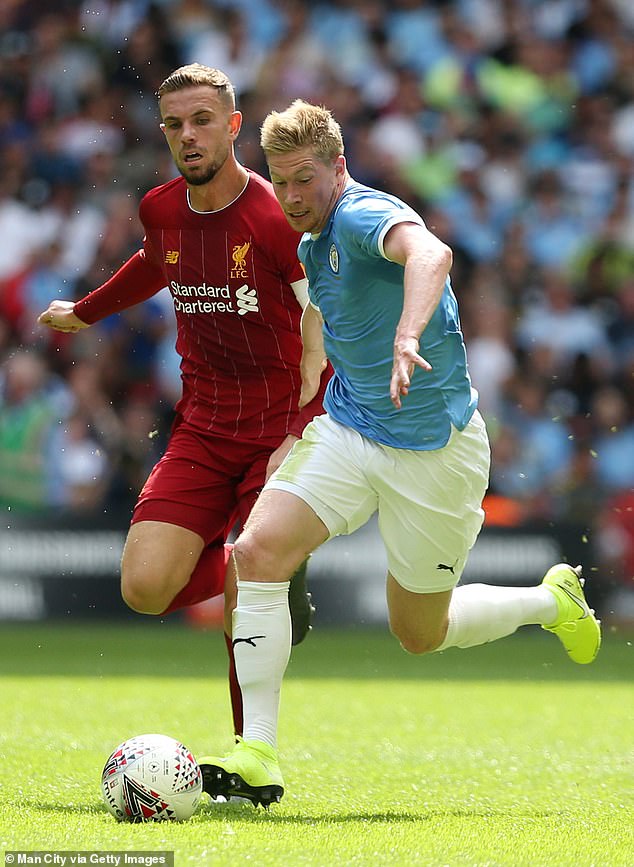 The winner will be announced next Tuesday.

Alexander-Arnold also features in the six-man list for the Young Player of the Year award but he faces strong competition from emerging talents such as Manchester United strikers Mason Greenwood and Marcus Rashford, Chelsea