'It is a real opportunity for me and a team to win something with England': Harry Kane targets double trophy success ahead of European Championship and World Cup Harry Kane suggest the next two years could be the most important in his career The forward is likely to captain England in the Euros (2021) and World Cup (2022) Kane earned Golden Boot at the 2018 World Cup but has not won a major trophy He missed one week of pre-season training but is set for Nations League opener

Harry Kane recognises the next two years could define his career as England bid to win the European Championship and World Cup.

The forward is yet to win a major trophy in his career and believes Euro 2020 - postponed until 2021 due to the coronavirus pandemic - represents a 'real opportunity' to claim silverware.

The World Cup then kicks off in Qatar in November 2022 and the England captain has stressed the significance of these two competitions. 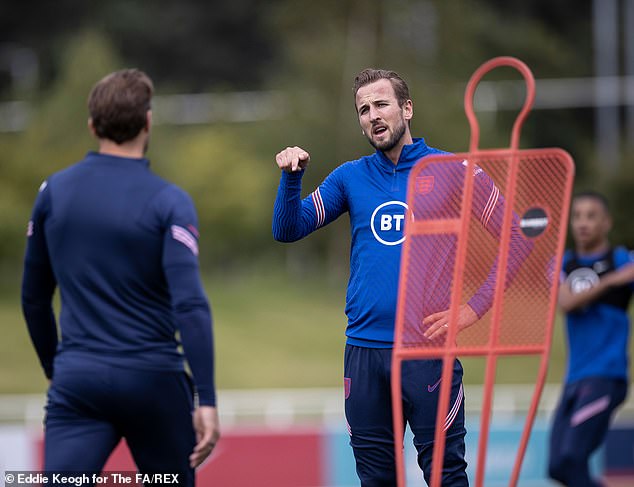 'I am 27 and there are two massive tournaments coming up in two years and it is a real opportunity for me and a team to win something with England.' Kane said.

'In my head, I have many more years to come but these next two are really