World Superbike riders Sylvain Barrier and Michael Van Der Mark were involved in a shocking argument during the middle of a qualifying race in Spain on Saturday.

The pair were registering their qualifying times in Aragon for the second race of the season in Spain when Yamaha's Van Der Mark suddenly became irate with the Ducati rider who was just behind him.

Barrier then caught up with the Dutch racer and then started finger-pointing at him, with the argument continuing for half a lap. 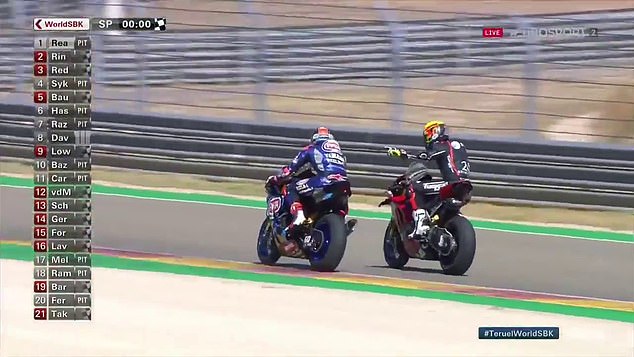 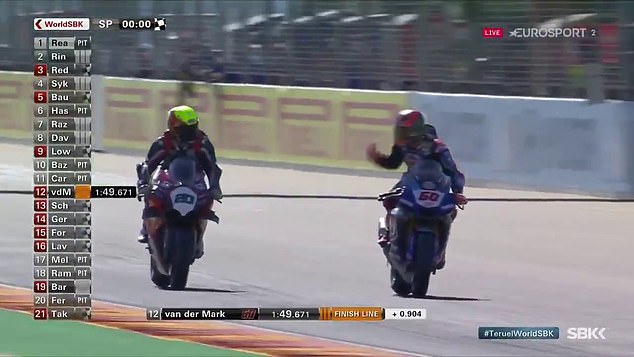