'He was on £560,000-a-week and he wants to leave straight away?!': Ray Parlour criticises Alexis Sanchez's 'mentality' after his stinging Manchester United comments Ray Parlour has hit out at Alexis Sanchez after Chilean's shocking revelation Sanchez suggested he wanted to quit Man United after one training session  The former Arsenal man insists 'that mentality should not be in a footballer' Sanchez has completed a permanent move to Inter Milan after season-long loan

Arsenal legend Ray Parlour has slammed Alexis Sanchez after the forward revealed he wanted to leave Manchester United after his first training session.

On Thursday Sanchez posted a video on Instagram explaining what went wrong during his spell as a United player, drawing strong criticism from Parlour.

The Chilean joined the club from Arsenal in January 2018 in a deal which saw Henrikh Mkhitaryan move in the opposite direction, but Sanchez was only able to score five goals in 45 appearances before spending the 2019-20 season on loan at Inter Milan. 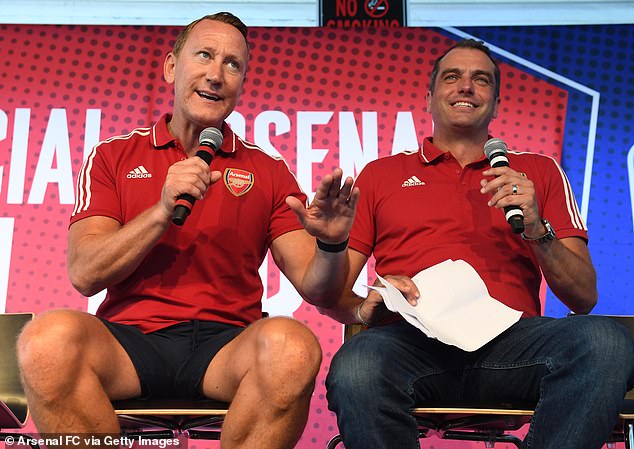 The 31-year-old completed a permanent move to the San Siro last month and has since taken to social media to set the record straight.

'I want to tell you about my period at United, about many things that were said and that made me look bad,' said Sanchez.

'I got the opportunity to go to United and it seemed tempting to me. It was