Leicester 31-40 Sale: Manu Tuilagi scores on his Welford Road return as Sharks keep their play-off dream alive against the Tigers Manu Tuilagi scored for Sale against his old club Leicester in 31-40 victory The England centre said he 'loved it' as he scored against some 'good mates'  AJ MacGinty was a prominent figure as Sale keep their play-off dream alive

For a moment, it felt just like old times.

The opposition pack had been bullied, before the ball was shifted to Manu Tuilagi to pump his legs and score under the posts at the Mandela Park end.

It is a sight that Leicester Tigers fans used to live for on a Saturday afternoon, except in the new normal their favourite son was wearing the colours of Sale. 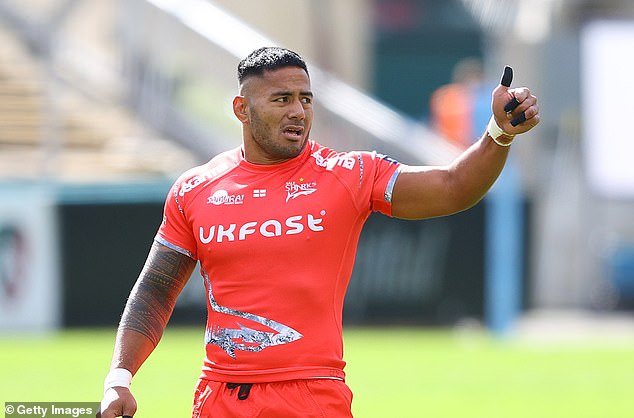 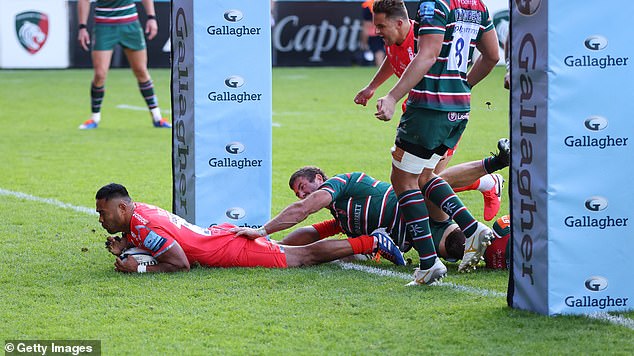 Win or lose, this was always going to be Tuilagi's day. His homecoming was one of the most eagerly anticipated events of the season and he lived up to the billing with a try to keep Sale in firm contention for a home play-off.

'I loved it,' said Tuilagi. 'It's been my home for so many years, so I was excited to come back. I've still got the Leicester accent and I don't think that will ever change. I was playing against good mates of mine. It was a different feeling not playing for Tigers but it was just nice to get the win.'