Brentford 1-1 Wycombe (4-2 pens): Luke Daniels and Marcus Forss are the penalty shootout heroes as Bees win first game in new 17,250 stadium with spot kick win over Championship rivals Wycombe Wanderers Brentford beat Wycombe on penalties in the first game in their new stadium Ethan Pinnock headed home the first goal in the Bees' new home in the first-half Wycombe's Dominic Gape was sent off for a high challenge in the second period Pinnock then blundered to hand Daryl Horgan a goal on his Chairboys debut Marcus Forss scored the winning penalty in the shootout after the draw

Ethan Pinnock went from history boy to fall-guy but even after his late error Brentford christened their new stadium with victory over Wycombe in the Carabao Cup first round.

Pinnock, one of only three survivors from the Bees team which started their play-off final just 33 days ago, nodded home Mathias Jensen’s first-half free kick before Thomas Frank’s side needed penalties to reach round two at the glistening Brentford Community Stadium.

There was none of the fanfare or fervour which should have enveloped this occasion, Brentford’s first competitive home game away from Griffin Park for 116 years. 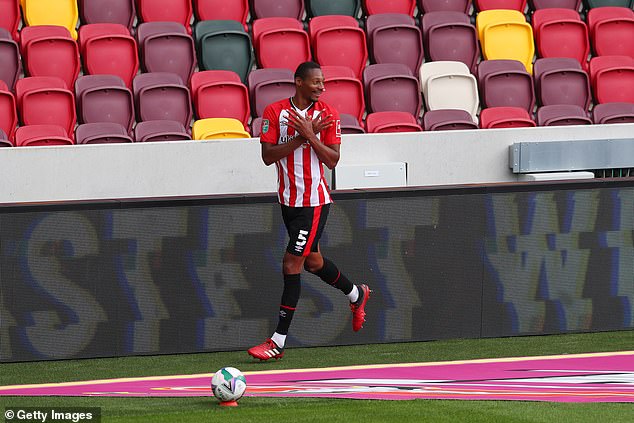 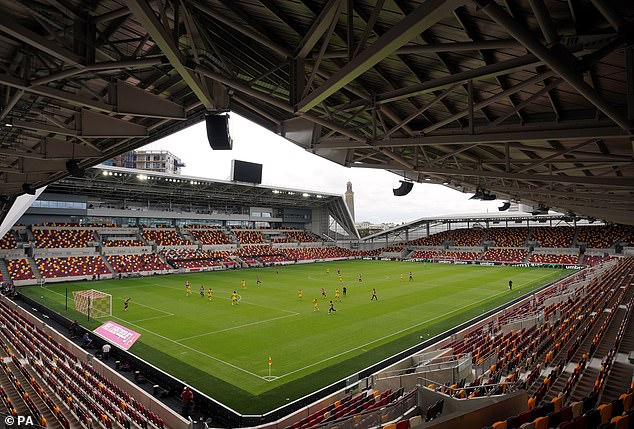 It was the first match at the west Londoners' new 17,250-capacity ground near Kew Bridge

But even without fans or their BMW forward line, Frank’s side did enough to reach the second round.

Wycombe had Dominic Gape sent off for a nasty challenge on Jan Zamburek early in the second half but Pinnock’s wayward pass allowed debutant Daryl Horgan to equalise late on.

After 90 minutes, the game went to penalties. Both sides blazed one over before Luke Daniels saved from Scott Kashket. 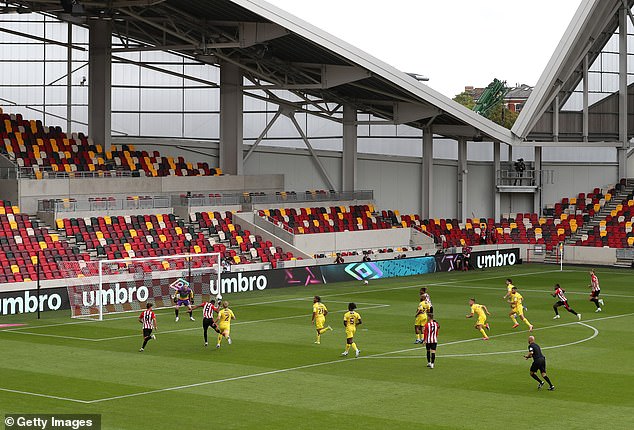 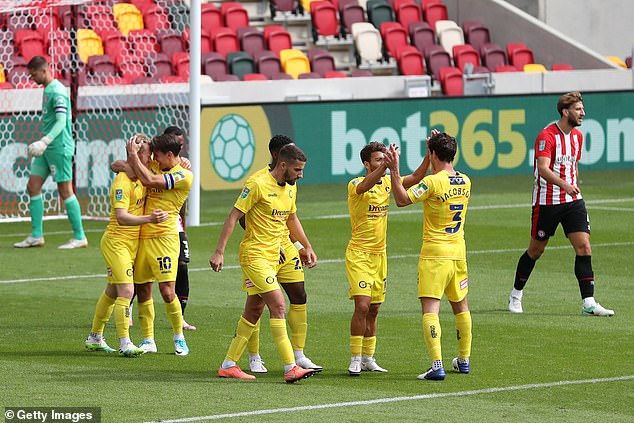 Gareth Ainsworth’s side are preparing for a first ever campaign in the second tier but they looked at home early on, harrying a Brentford side who had hoped to mark