Mason Mount's DAD speaks out to slam 'bulls***' reports from Germany that his son is 'not happy with Kai Havertz joining Chelsea' as he faces a new battle for a place in midfield from the £89m star Chelsea completed a high-profile move for Leverkusen's Kai Havertz this week  Havertz will provide competition in the midfield area for local boy Mason Mount  Report in Germany said Mount is not happy with the club for recruiting him   But his father rubbished the report under the tweet, calling it 'bulls***'

Mason Mount's father has rubbished reports in Germany that his son is unhappy with the arrival of Kai Havertz at Chelsea.

The Blues completed a deal for the £89million-rated Bayer Leverkusen forward this week as part of Frank Lampard's £230million transfer spending spree this summer.

Havertz's arrival is likely to provide extra competition in attacking midfield for Mount, who played in every single Premier League game bar one for Lampard's side in his debut season in the top-flight. 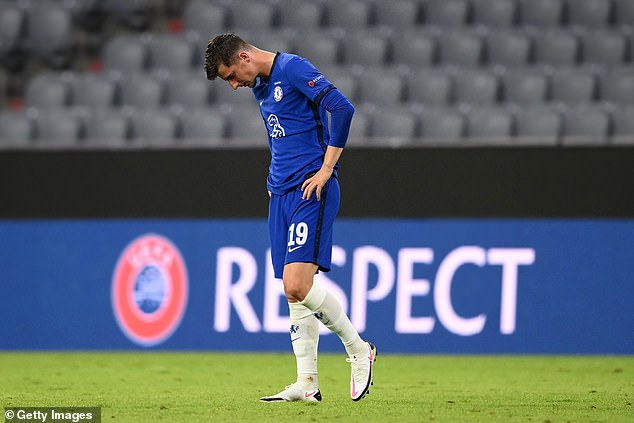 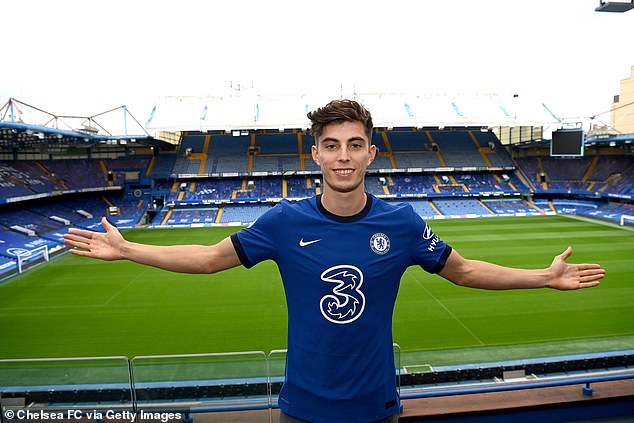 And a report in Germany claimed the 21-year-old is not pleased at Chelsea making a new mega-money signing for a player in his position.

Christian Falk, head of sport for BILD, tweeted: 'Our Story: Havertz is already searching for a house in London. Because of Havertz, his mate Werner can play on the wings. Mason Mount is not happy that he has a expensive rival at his position.'

Underneath, Mount's father Tony replied with 36 crying with laughter emojis and then 'bulls***'.