'Last second in a pointless friendly - and he sprinted back!': Tottenham fans hail Son Heung-min's last ditch goal-line clearance in 2-1 defeat by Watford... after keeper Paulo Gazzaniga went up for a 90th-minute corner! Tottenham's Son Heung-Min made an excellent goal-line clearance on Saturday  He stopped Watford's Marc Navarro from scoring in their final pre-season game However, the clearance did not stop Tottenham from losing 2-1 at Vicarage Road Although, fans were quick to praise the forward's efforts during a friendly

Son appeared to have little chance of stopping Navarro from finding the net after goalkeeper Paolo Gazzaniga went up for a 90th minute corner, but the Korean International raced back before making an excellent challenge.

Son's impressive clearance was not enough to stop Tottenham from losing 2-1 at Vicarage Road but fans were quick to praise the forward's efforts. 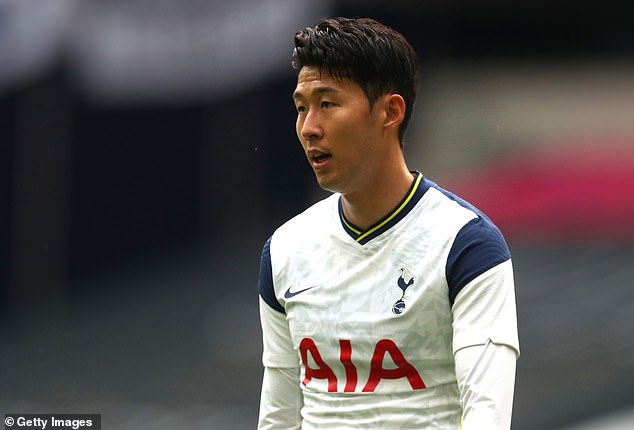