'It is amazing how it can turn around, isn't it, if you hang in there long enough?': Jos Buttler believes he is at his best after hitting an unbeaten 77 to help England to victory over Australia Jos Buttler believes he is back at his best after helping England to beat Australia  Buttler struck an unbeaten 77 off 54 deliveries to help seal a series victory Mitchell Starc stressed that Australia must reassess their plans for Buttler

Jos Buttler believes he is hitting the ball as sweetly as ever after helping England to victory in the second T20 against Australia in Southampton.

Buttler struck an unbeaten 77 off 54 deliveries to seal a series victory with seven balls to spare, and admitted: 'It is amazing how it can turn around, isn't it, if you hang in there long enough? I have really missed playing T20 cricket so I was looking forward to this series.

'I love the format and I am feeling in good touch. When you play against Australia it gives you a lot of determination to play well, and the competition for places in the side has really been driving me.' 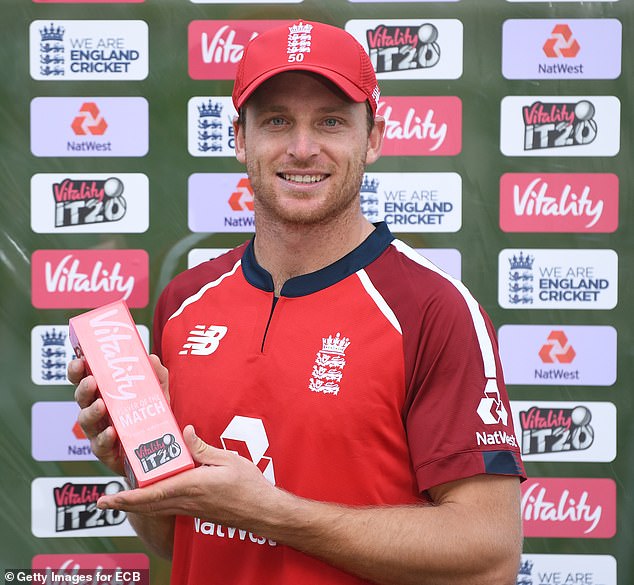 Jos Buttler believes he is