'I worked really hard on getting bigger and getting better on the ball during lockdown': Eddie Nketiah reveals home gym workouts led to upturn in form as Arsenal forward closes in on England Under-21 scoring record

Eddie Nketiah's home gym has acted as the driving force behind muscling a way into the Arsenal team - and on the verge of breaking an England record.

The striker's hat-trick against Kosovo on Friday takes him to within two goals of matching the 13 scored by Alan Shearer at Under-21 level.

Arsenal boss Mikel Arteta has thrust extra responsibility on Nketiah since Project Restart after the 21-year-old returned to London Colney a new man. 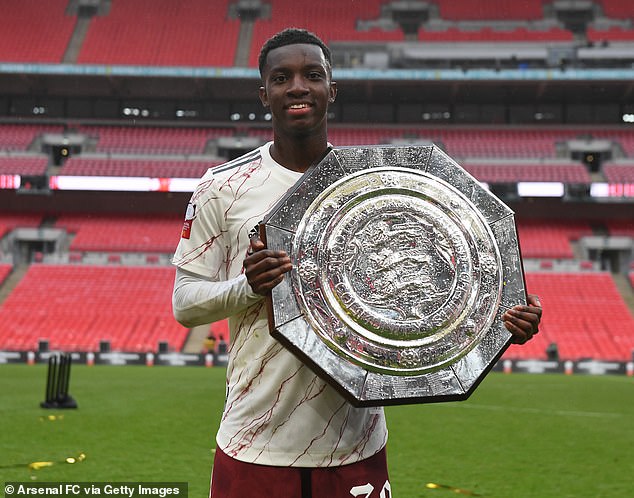 The change has not gone unnoticed at international level by manager Aidy Boothroyd, while Nketiah could surpass Shearer's tally against Austria on Tuesday.

'I worked really hard on getting bigger and getting better on the ball during lockdown,'