'Now we know why he wanted to leave': Gary Lineker pokes fun at Barcelona as Lionel Messi models their striking PINK kit after dramatic U-turn as fans claim image is 'photoshopped because he wouldn't smile' Barcelona have revealed their new pink third kit, modelled by Lionel Messi   The Argentine superstar has decided to stay at the club in a dramatic U-turn Gary Lineker teased his former side by poking fun at the striking jersey  Many fans have claimed the photo of Messi wearing in the kit is photoshopped

Barcelona have been quick to capitilise on Lionel Messi pledging his immediate future to the club as he modelled their new third kit.

The Argentine superstar looked certain to leave his boyhood club for Manchester City this summer after informing them via tax that he wanted out. But after weeks of talks with the club and a legal battle looming, the 33-year-old said he would stay for another season, reluctant to take the club to court over a dispute around his supposed £630million release clause.

Now the club have unveiled their new design for the upcoming season - a striking pink strip - and posted a photo of Messi wearing it, simply writing the player's name and an emoji of a goat. 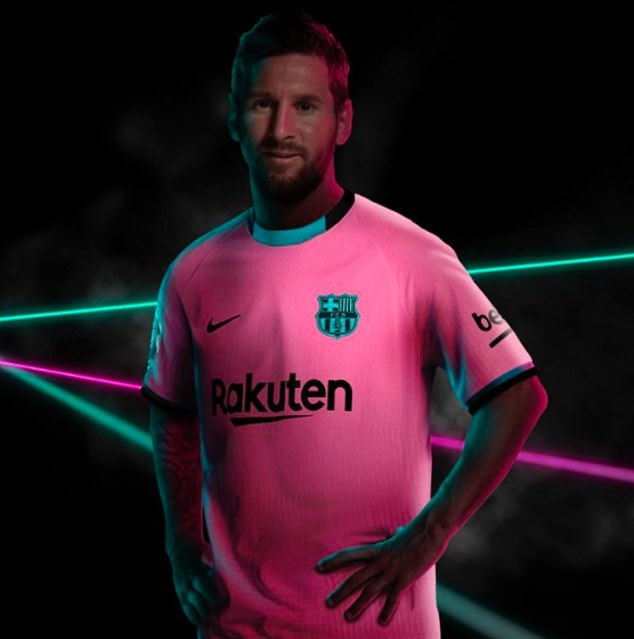 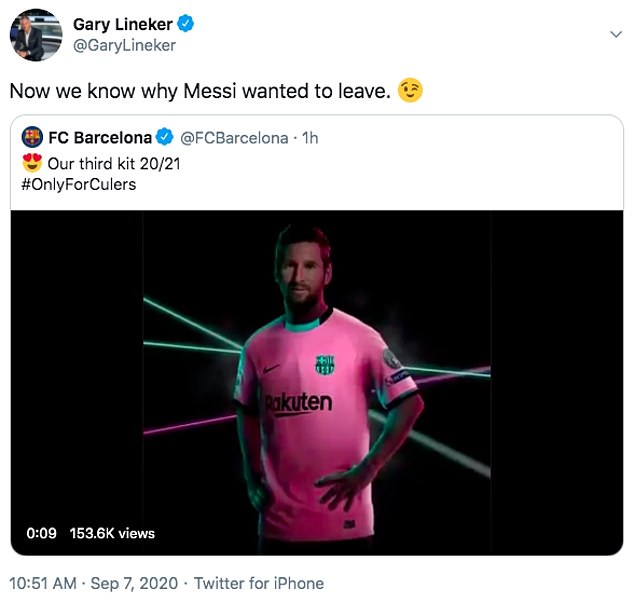 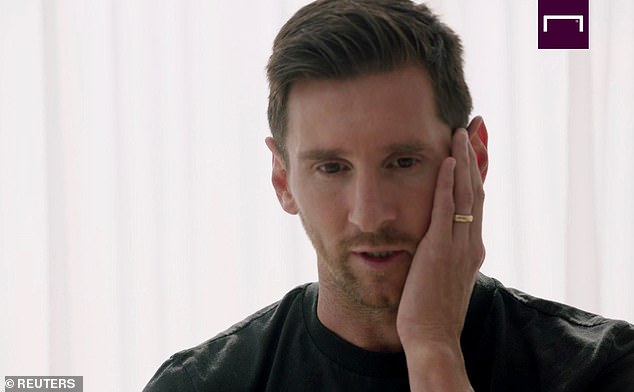 Former Barcelona striker Gary Lineker, who played at the Nou Camp for three years in the 1980s, was the first big name to react to the superstar wearing the new kit.

He said: 'Now we know why Messi wanted to leave,' and included a winking emoji.

Messi appears to be in good spirits in the photo, smiling in the kit on a black background with diagonal turquoise and pink lights flashing behind