Manchester City defender Angelino reveals his 'delight' as he signs deal to stay at RB Leipzig for a second loan spell... with German side set to buy him for £16m if he plays 12 times Man City defender Angelino will return to RB Leipzig for a season-long loan However, the deal does contain an obligation to buy clause for £16million Should he play 12 times for the Bundesliga club the clause will be triggered   Angelino scored once in 18 appearances after joining RB Leipzig in January

Manchester City defender Angelino will return to RB Leipzig after spending the second half of last season on loan at the club.

The left-back joined the Bundesliga club in January and impressed by scoring once and registering five assists in 18 appearances for Julian Nagelsmann's side.

Leipzig have re-signed the 23-year-old on a season-long loan that will include an appearance-based obligation to buy for £16million. 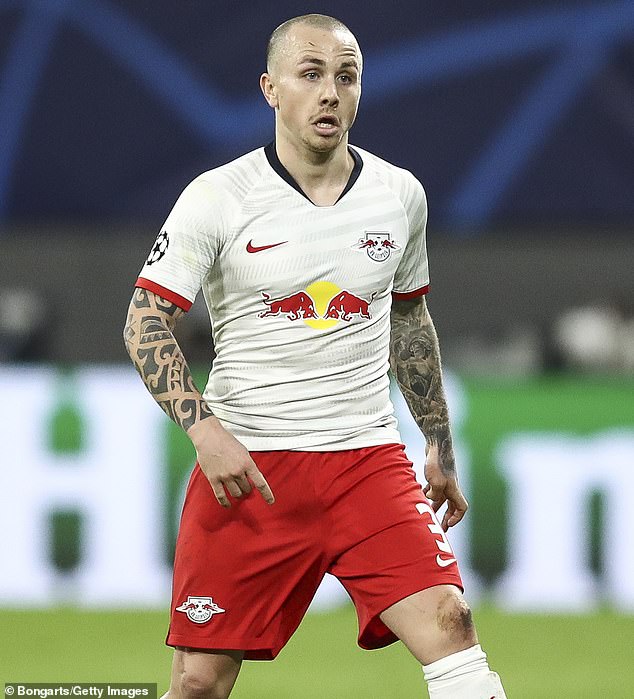 The obligation to buy will be triggered if Angelino makes 12 appearances for the club, with five of those coming in the second half of the season.