'Unfortunately it's not in my hands to decide the squad': Arsenal outcast Mesut Ozil insists he is 'fit and ready' ahead of season as German star delights fans with cheeky swipe at Tottenham's trophy drought Mesut Ozil did not feature for Arsenal following June's Premier League restart  The German suffered a back injury and was frozen out by boss Mikel Arteta  But the 31-year-old insists he is fit and ready for Arsenal's opener against Fulham  Ozil said he would only join Tottenham if he no longer wanted to win trophies

Mesut Ozil has insisted he 'is fit and ready' to go for Arsenal ahead of the new Premier League season but admits how regularly he features is 'out of his hands'.

The 31-year-old did not play for the Gunners after the Premier League restart in June after a combination of a back injury and being frozen out by boss Mikel Arteta saw him miss the remaining 13 games.

The German - whose last competitive game came in Arsenal's 1-0 win against West Ham in March - has entered the final year of his contract at Emirates Stadium, with the north London side keen to shift his £350,000-a-week salary off the wage bill. 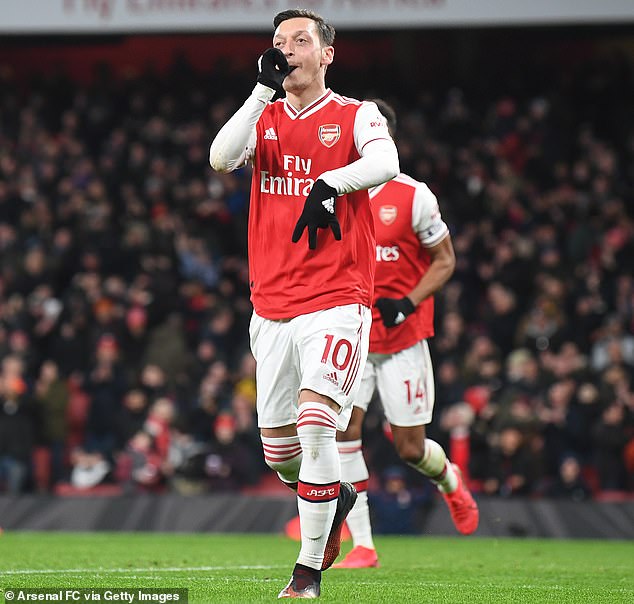 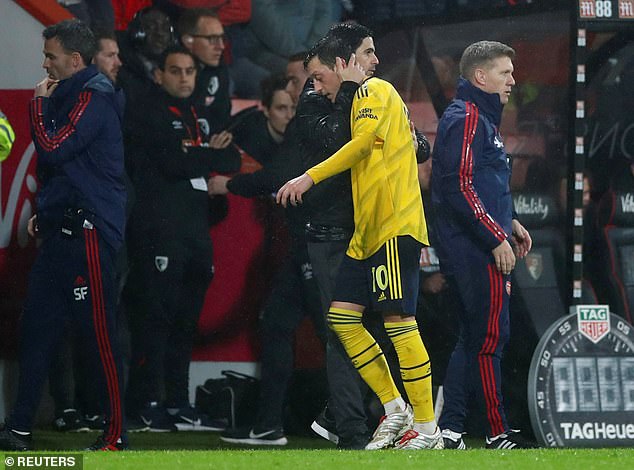 However, Ozil has reportedly