'We remain focused on delivering a safe and successful Games': IOC chief Thomas Bach promises COVID-19 response ahead of Tokyo Olympics in 2021, but admits: 'We don't know how the world looks tomorrow' IOC chief Thomas Bach said it was ramping up COVID-19 counter measures   He said he was confident the Tokyo Olympics would go ahead safely next year   But Bach admitted he future still looks unclear as the pandemic develops

The International Olympic Committee has confidence in its preparations and in Japanese government support for next year's Tokyo Olympics, but said all scenarios would be discussed in the coming weeks amid the ongoing pandemic.

IOC President Thomas Bach said on Wednesday that his organisation was committed to delivering a safe Games and had the full support of the Japanese government following the resignation of Prime Minister Shinzo Abe, but the look of next year's Games was still unclear.

'In the coming weeks you will see important and intensive discussions taking place with regard to different scenarios to COVID-19 counter measures,' Bach told a news conference following an executive board meeting. 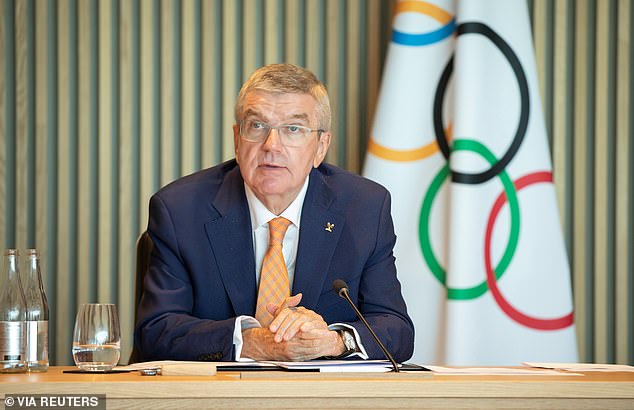 'We remain focused on delivering safe and