Premier League reveal revised TV schedule for matchday three now every game is to be broadcast in September... with Crystal Palace v Everton to be Amazon Prime's first game of the new season All of the Premier League matches in September are to be broadcast live  Crystal Palace versus Everton will be Amazon Prime's first game of the season  Tottenham's clash against Newcastle will now be shown on Sky Sports

The Premier League have confirmed the TV changes for the final round of September fixtures, with Crystal Palace versus Everton to be shown on Amazon Prime.

The match will kick off at 3pm on Saturday September 26, with every Premier League game in September to be broadcast as fans are still not permitted to attend matches.

Meanwhile, Tottenham's game at home to Newcastle will now be shown on Sky Sports. 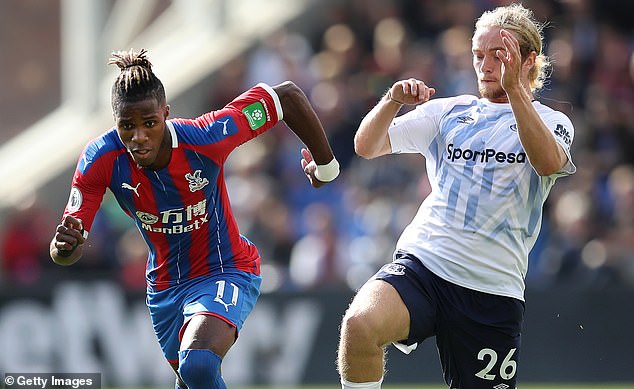 Originally scheduled for September 26, it will now take place a day later and will kick off at 2pm.