'His team went trophyless and their last match was 8-2': Football fans slam FIFA 21 player ratings as Lionel Messi comes out on top ahead of Cristiano Ronaldo and Robert Lewandowski Football fans took to social media after the FIFA 21 player ratings were released Barcelona star Lionel Messi is once again the best rated player with score of 93 The Argentine beat Cristiano Ronaldo at 92 and Robert Lewandowski at 91 Many slammed decision to rate Messi after Barcelona's disappointing season

The Argentine, whose Barcelona team failed to win a trophy last season, was given a rating of 93 by EA Sports, with Cristiano Ronaldo one lower on 92 as both stars were rated higher than Champions League winner Robert Lewandowski who had an exceptional season for Bayern Munich but was rated at 91.

Messi and Ronaldo have shared the accolade of being world's best players for many years but many felt Lewandowski outperformed the pair in 2019-20, scoring an incredible 55 goals in all competitions on his way to securing the treble with the Bavarians. 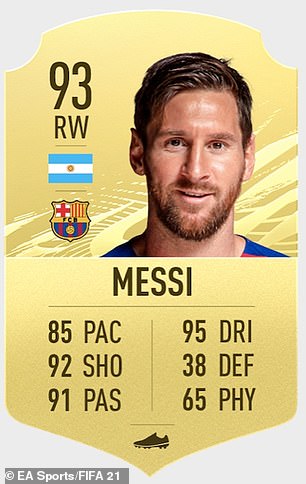 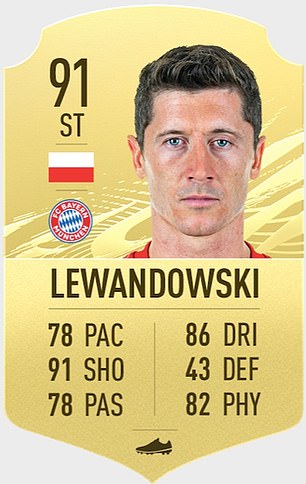 The statistics released by the much-loved video game are often a key source of debate for fans over who should be regarded as the world's best players.

Several fans referred to Lewandowski's Bayern's 8-2 drubbing of Messi's Barcelona as a reason why the Polish striker should have been ahead of him in the latest issue.

'Messi is the highest rated player in FIFA 21. Just

YouTube expands its fact checking feature to the UK