'It's all natural here baby!': Conor McGregor questions UFC as doping control arrive on his £3m super-yacht despite him being RETIRED as he calls out 'juice head rats' Nate and Nick Diaz Conor McGregor has been drug-tested by officials on his £3million super yacht The Irishman retired from UFC earlier this year but still accepted the drug-test McGregor insisted 'it's all natural here baby' as he complied with the officials  Afterwards, the former two-weight champ called out 'juice head rat' Nate Diaz

Conor McGregor has been drug-tested by officials on his £3million yacht despite retiring from Mixed Martial Arts earlier this year.

The former two-weight UFC champion is currently in Monaco as he prepares to set off for a 180km voyage to raise awareness of water safety.

However, his preparations were interrupted as he posted to social media that he received an unexpected arrival from USADA (United States Anti-Doping Agency) onboard his super yacht. 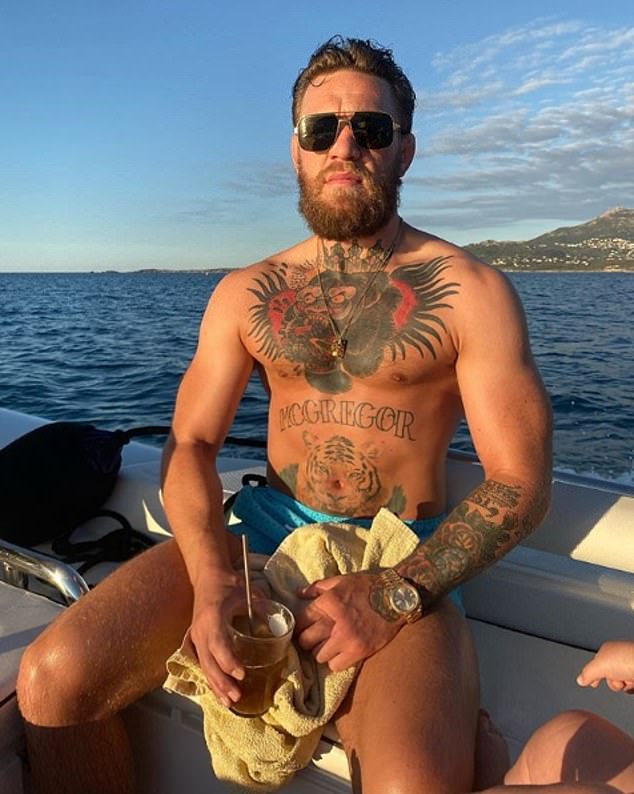 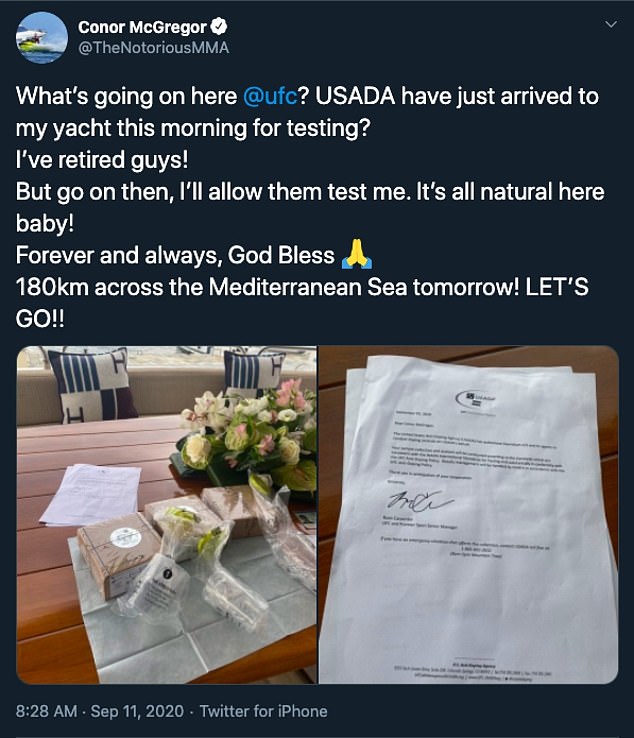 What’s going on here @ufc? USADA have just arrived to my yacht this morning for testing?
I’ve