'The King is BACK!': Neymar ends £78.6m Nike partnership after 15 years as PSG superstar joins forces with Puma... and he reveals Pele and Diego Maradona's history with the company helped make his decision Neymar has decided to end his £78.6million partnership with Nike after 15 years  The striker has now joined Puma and will wear the legendary Puma King boots He will also work as a brand ambassador off-pitch wearing lifestyle products

Puma have confirmed the signing of Neymar, who parted ways with Nike just two weeks ago.

The 28-year-old striker decided to end his £78.6million partnership with Nike after 15 years and will now wear Puma's legendary 'Puma King football boots' next season.

Neymar will also work as a brand ambassador off-pitch, wearing Puma's most important lifestyle, training, and sport-inspired footwear, as well as apparel products. 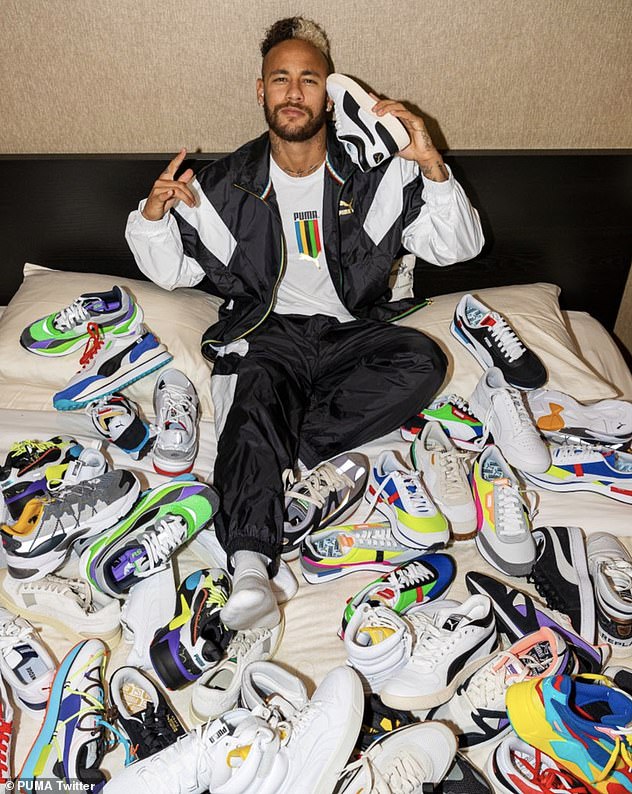 Neymar has decided to end his £78.6million partnership with Nike after 15 years to join Puma

The news of the partnership was announced on social media in a message entitled 'The KING is Back'.

Speaking on his decision to leave Nike and join Puma, Neymar said: 'I grew up watching videos of great football legends such as Pele, Cruyff, Matthaus, Eusebio and Maradona.'

'These were the KING's of the pitch, the KING's of my sport. I wish to bring back the legacy that those athletes created on the pitch. They each played in PUMA, and each of them created their magic in The KING.'

'Every time I lace my boots, my KING boots, I will do anything to achieve all of my dreams to honour my name and that of all those great ones who wore the KING before me. This will be my PUMA history. The KING is back!' 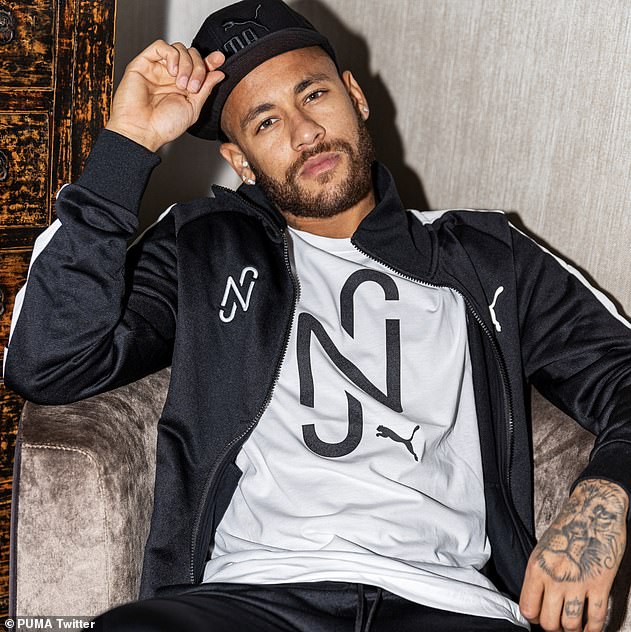