By Craig Hope for The Mail on Sunday

Leeds United gave champions Liverpool an almighty scare on their return to the Premier League only to suffer a late defeat - but boss Marcelo Bielsa refused to blame record signing Rodrigo for conceding the penalty that led to Mo Salah’s winner in a 4-3 thriller.

On three occasions Leeds had recovered to draw level and they looked like taking a deserved point with only two minutes remaining when substitute Rodrigo dangled a leg and tripped Fabinho, allowing Salah to complete his hat-trick with a second from the penalty spot.

Liverpool boss Jurgen Klopp was full of praise for the visitors after a game in which both sides had attacked brilliantly only to lose goals to individual errors. 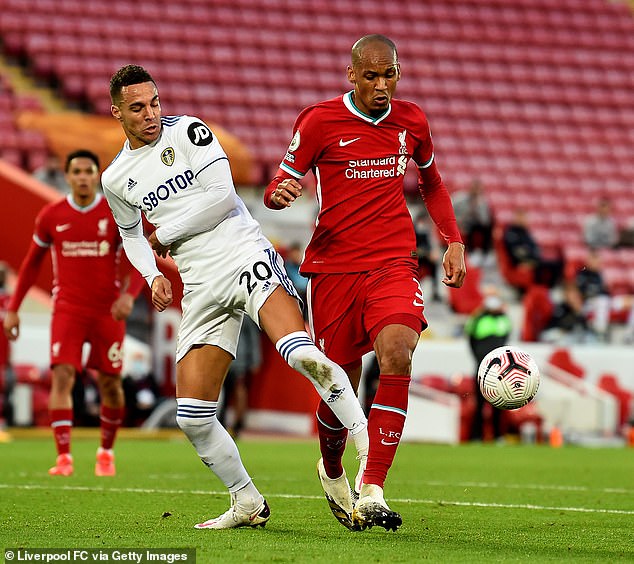 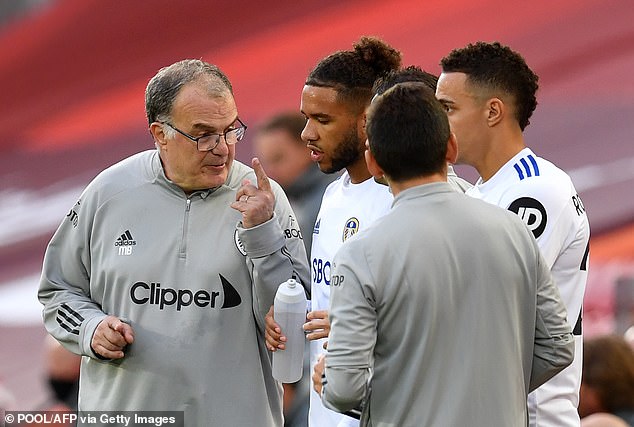 And it was the clumsy challenge of Spain striker Rodrigo that proved decisive. Bielsa, though, said the defeat should not be pinned on the £27million summer signing.

‘You can’t blame one player for the defeat, even if he made an error,’ said the Argentine.

‘There is no direct relationship between the foul by Rodrigo and the result. There are other actions that