West Ham will 'BLOCK Chelsea's move for Declan Rice this summer' but are keeping tabs on their out-of-favour full back Emerson as David Moyes looks to strengthen his defence West Ham won't sell Declan Rice under any circumstances, according to reports  The 21-year-old has been strongly linked with a move to Chelsea this summer  However, the Hammers will block a move for their star man to their London rivals West Ham are looking to bolster their defence and want Emerson from Chelsea

West Ham are determined to keep hold of star midfielder Declan Rice amid interest from Chelsea as the Hammers plot a move for Blues full back Emerson.

David Moyes' side got the 2020-21 campaign off to a bad start as the Hammers lost their Premier League opener to Newcastle at the London Stadium on Saturday.

Rice, 21, featured in midfield but has been strongly linked with a move to Chelsea this summer window, with Frank Lampard an admirer of the midfielder who was released by the club at 14. 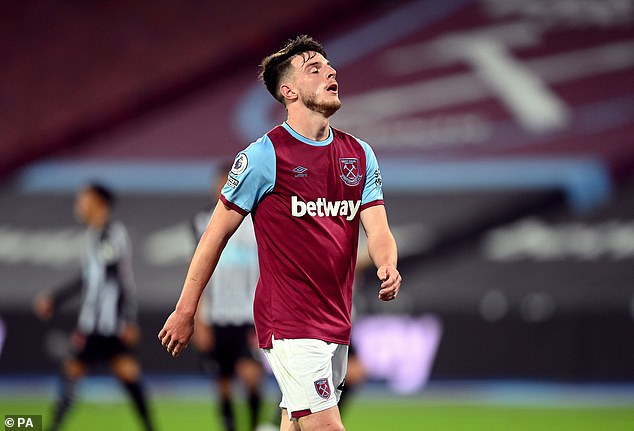 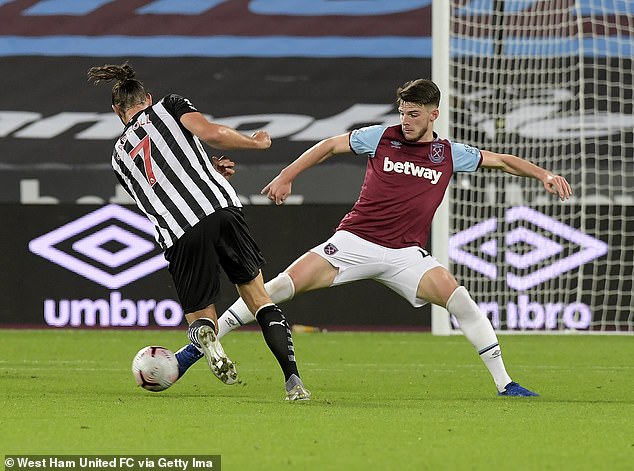 The Hammers man, 21, is a target of Premier League and London rivals Chelsea this summer

The England international has been identified as a possible defensive option, with Lampard interested in converting the midfielder to a centre half.