'He doesn't need my help or advice, but if he did, he can call': Dana White breaks silence on Conor McGregor sexual assault arrest after he 'exhibited his private parts to a young married woman in a French bar toilet' Dana White has broken his silence on Conor McGregor's recent arrest in France  The 32-year-old was arrested in relation to a sexual assault allegation  McGregor was released without charge and is awaiting results of 'physical tests' White offered his support, but said he was sure McGregor does not need advice

UFC president Dana White has responded to Conor McGregor's recent arrest, insisting the Irish star 'doesn't need any help or advice' before offering his support amid allegations in France.

The retired mixed martial artist, 32, has been accused of showing off his manhood and then assaulting a young married woman in a bar toilet following a heavy drinking session in the Port of Calvi, on the French island of Corsica on September 6.

French police raided McGregor's £3million yacht and took the UFC star away after claims he 'exhibited his private parts' to the alleged victim as she entered a bar toilet. 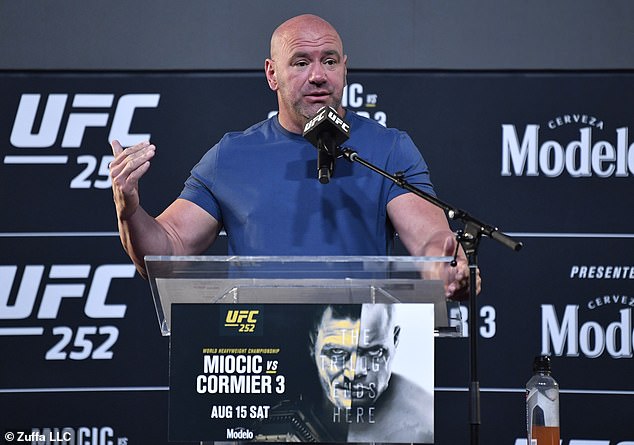 PREV After failing to win an AFL game for more than a year, the Crows have now gone ...
NEXT sport news Yet another England embarrassment! Danny Ings and Kieran Tripper smash into ...