Lewis Hamilton moved another step closer to defending his world championship title after winning the Tuscan Grand Prix on Sunday afternoon ahead of Valtteri Bottas.

The Mugello race track made its F1 debut on the weekend and it certainly didn't disappoint, with plenty of twists and turns throughout as Hamilton marched to his sixth victory of the season.

Here, Sportsmail takes a close look at the things we learned from the action-packed Tuscan Grand Prix... 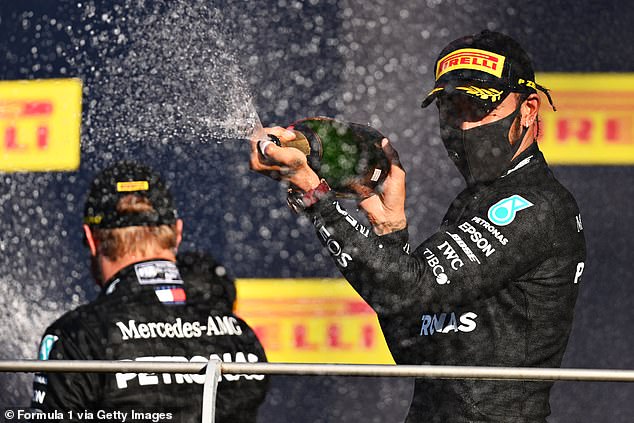 NO STOPPING HAMILTON AS HE REIGNS SUPREME ONCE AGAIN

Lewis Hamilton's dominance continued over the weekend after holding firm to extend his lead in the drivers' standings to a massive 55 points.

Following opening weekend disappointment after Valtteri Bottas claimed first spot, the Brit hasn't looked back and it's now only a matter of time until he gets his hands on a record-equalling seventh world title.

Hamilton has struck gold in six out of the first nine races and it looks like he will coast to yet another world title unless something quite extraordinary happens.

Despite the mayhem at Mugello, Hamilton still managed to navigate his way to a 90th career victory, one short of Michael Schumacher's pinnacle that many thought would never be touched.

There is a break from the hectic schedule next weekend, but next up for Hamilton it's a trip to Sochi for the Russian Grand Prix and his supremacy looks set to continue. 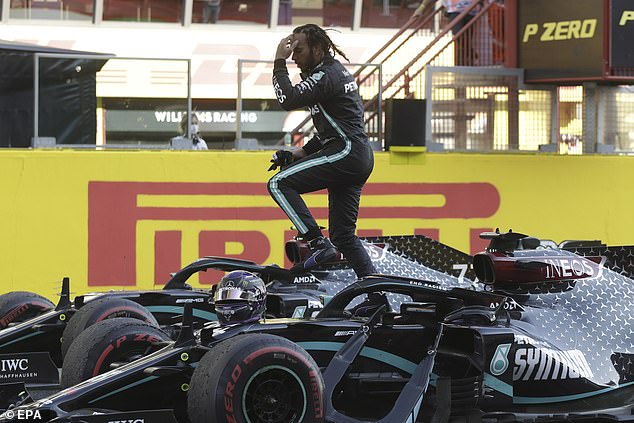 INEOS WILL BE TAKING OVER A JUGGERNAUT

While Hamilton can't be stopped, the same can be said for Mercedes as a whole as they already close in on a remarkable seventh consecutive crown.

It's fair to say that chemical giants Ineos and Britain's richest man, Sir Jim Ratcliffe, will be getting hold of an absolute juggernaut if their takeover goes through. They would be acquiring a team that looks set to dominate for years to come.

As Sportsmail reported on Saturday, Mercedes are close to signing a £700million deal that will see it sold to Ineos and Ratcliffe.

Ineos, who agreed a £100m sponsorship agreement with Mercedes at the start of the season, bought cycling's former Team Sky last year.

The company, which also own French football club Nice and are funding Ben Ainslie's America's Cup yachting challenge, have agreed to buy a 70 per cent share in the German team, according to former F1 team boss Eddie Jordan and another source close to the deal. 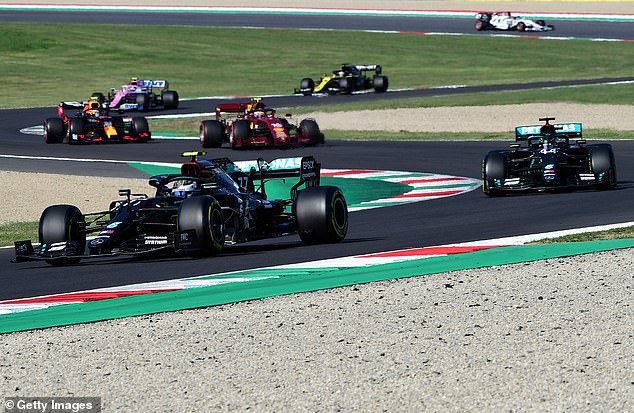 ALBON IS GOOD ENOUGH TO KEEP HIS RED BULL SEAT

After some near-misses, Alexander Albon finally got a taste of what it's like to finish on the podium after securing third place at the Tuscan Grand Prix behind Hamilton and Bottas.

The British-born Thai driver produced a daring move around the outside of Renault's Daniel Ricciardo to seal third place, and his most memorable race to date within Formula One.

It comes at just the right time for Albon, who has struggled this season in the Red Bull in comparison to his team-mate Max Verstappen.

Red Bull can be quick to act if they don't like what they're seeing with Verstappen's understudy, just like they did by demoting Pierre Gasly back to their junior team AlphaTauri last season, but Albon laid down a statement of intent.