Frank Lampard has backed 'real threat' Timo Werner to shake off a dead leg to be fit in time to face Liverpool on Sunday.

Germany hitman Werner impressed on his Premier League debut, winning a penalty as Chelsea eased past Brighton 3-1 at the Amex Stadium.

Jorginho converted the spot-kick that Werner won, with Reece James blasting a fine strike into the top corner and Kurt Zouma adding the third. 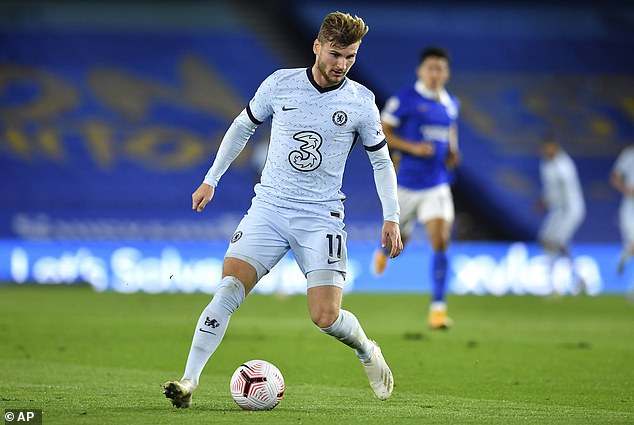 Leandro Trossard briefly had Brighton level but Chelsea coasted to the victory despite showing the obvious effects of the coronavirus-disrupted pre-season.

'I was really pleased with Timo, with Timo I know the qualities he's going to bring to the team,' said Lampard.

'We saw that with the speed to win the penalty, and the moments where he showed his speed and his qualities as well. He's going to be a real threat, he's a very mobile centre forward who can do so many things for us. 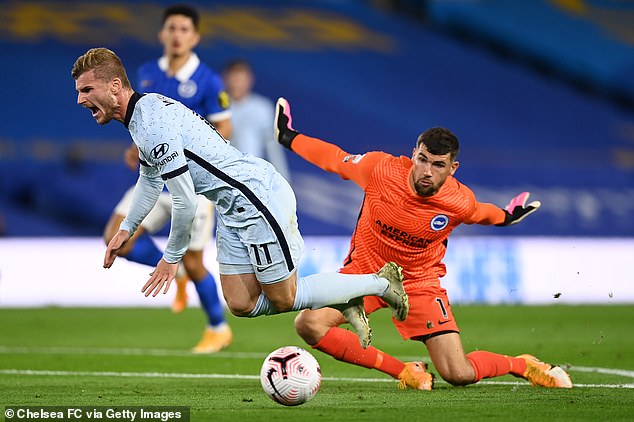 'So it was nice, and Timo is one that has had some games, and has had a bit of fitness, and you can see that in the way he was tonight. Timo took a knock when he won the penalty. It's more of a dead leg we hope. I wouldn't think too much in terms of next week there but I'd think it was a dead leg; we've got a bit of time for him to get right.'

Werner impressed throughout his top-flight bow with clever off-the-ball movement and his sheer pace.

The former RB Leipzig man was a summer target for Liverpool, but Jurgen Klopp's men baulked at his £53million release clause - allowing Chelsea the chance to jump in and seal one of this window's biggest deals.

Werner had his leg heavily iced after the final whistle, but Chelsea still expect him to be ready to take on the Reds this weekend.

Christian Pulisic was not fit in time for Chelsea's season opener on the south coast, despite returning to training in the week after hamstring trouble. The USA forward will be a doubt for Sunday's clash with defending champions Liverpool, but