Rennes' tried in vain to have Chelsea striker Olivier Giroud included in the deal for Edouard Mendy, according to reports in France.

The Senegal goalkeeper is set to become the seventh signing in an extraordinary summer of spending for Chelsea after Sportsmail revealed at the weekend they had agreed a £25million fee with the Ligue 1 side.

But while details are now close to being finalised, at the start of the negotiations Rennes' demands were reportedly completely different and included France World Cup winner Giroud. 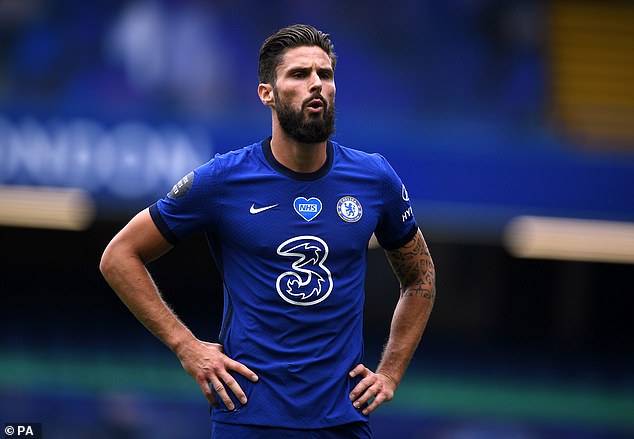 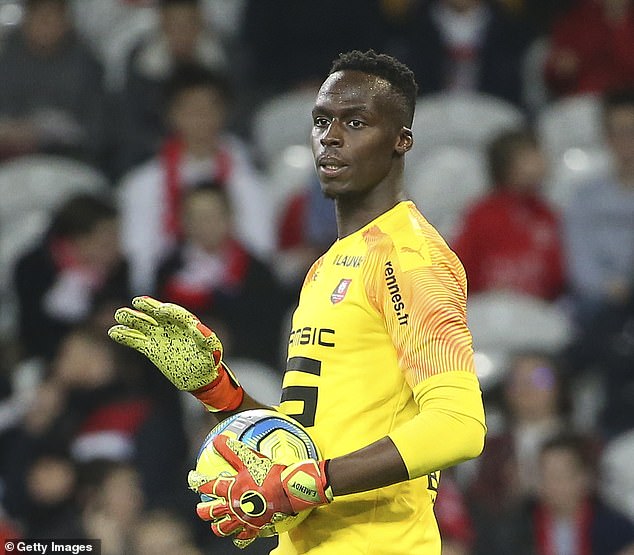 Mendy, 28, is set to become the seventh signing in an extraordinary summer for Chelsea

According to French outlet L'Equipe, the Ligue 1 side had demanded a £37m (€40m) fee for Mendy along with the option of