'I introduced him to people who thought he was despicable, horrible... but he's a lovely human': Ex-Ferrari chief Ross Brawn opens up on the secret side of 'intimidating' Michael Schumacher in new Sky documentary Ross Brawn opens up on Michael Schumacher's character away from the track Brawn oversaw all seven of Schumacher's championships as technical director of both Ferrari and Benetton during the 1990s and 2000s German was a ruthless competitor and often divided opinion among his peers However, Brawn insists Schumacher was more engaging away from the track

Former Ferrari chief Ross Brawn has opened up on Michael Schumacher's bullish character that saw him dominate Formula One – claiming the intimidating German was often 'misunderstood'.

Brawn oversaw all seven of Schumacher's championships as technical director for both Benetton and Ferrari, which saw the 51-year-old cement his legacy as the sport's greatest ever driver.

Schumacher was known for his intensity and ruthless approach on the track, which saw him create a dislikeable persona among his peers during his heyday in F1. 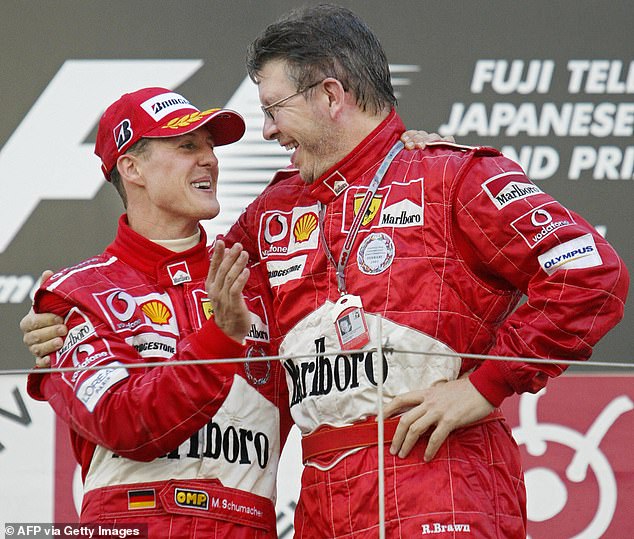 Schumacher often divided opinion among racing fans during stages of his career when he was accused of driving dangerously to win world championships, leaving many to question his character.

While he had an air of intimidation as a result, Brawn insists the man away from the track was a lot more engaging and personal.

‘He was a pretty misunderstood character,' Brawn said in Sky's new docuseries Race to