Conor Gallagher set to join West Brom on loan once he has signed a new Chelsea contract... and he could make his debut for the Baggies this weekend Conor Gallagher set to join West Bromwich Albion on loan for the season Blues boss Frank Lampard and Albion manager Slaven Bilic have held talks The England Under 21 midfielder is expected to sign a new Chelsea contract

Conor Gallagher is poised to join West Brom from Chelsea on a season’s loan following a series of phone calls between Slaven Bilic and Frank Lampard.

As reported by Sportsmail last Thursday, the 20-year-old midfielder was prominent on Albion’s radar in the build-up to the new campaign and Albion manager Bilic’s relationship with Blues boss Lampard – the pair were team-mates at West Ham in 1996-97 – helped tip the balance in West Brom’s favour.

Bilic and Lampard are believed to spoken three times last week about Gallagher, who is expected to sign a new deal with the Blues before completing his switch. 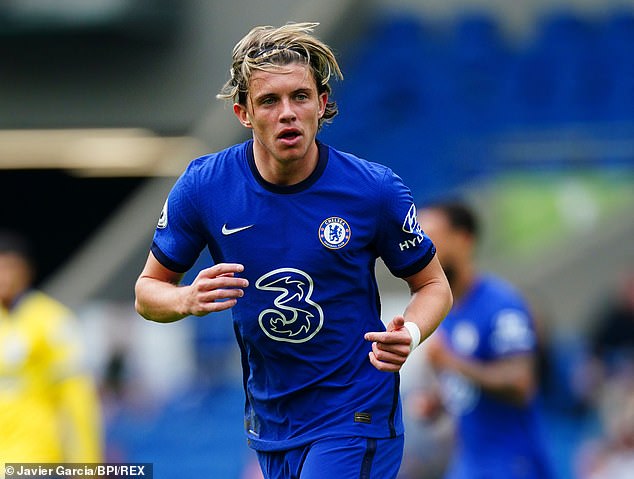