Olivier Giroud admits he was so desperate to leave Chelsea in January he almost joined bitter rivals Tottenham after going two MONTHS without a game... before winning first-team slot back under Frank Lampard to fire Blues to Champions League Olivier Giroud has opened up on coming close to leaving Chelsea in January  He was linked with a move away from the club after two months frozen out  Striker revealed he wanted to leave so badly that he almost joined Tottenham

Chelsea striker Olivier Giroud has revealed that he almost joined bitter rivals Tottenham in January as he was desperate to leave Stamford Bridge.

The 33-year-old was linked with a move away from the club in the winter transfer window after being frozen out for two months.

Giroud, who joined Chelsea from London rivals Arsenal in 2018, has now admitted that he wanted a departure so badly that he almost made the move back to north London, but this time to Spurs. 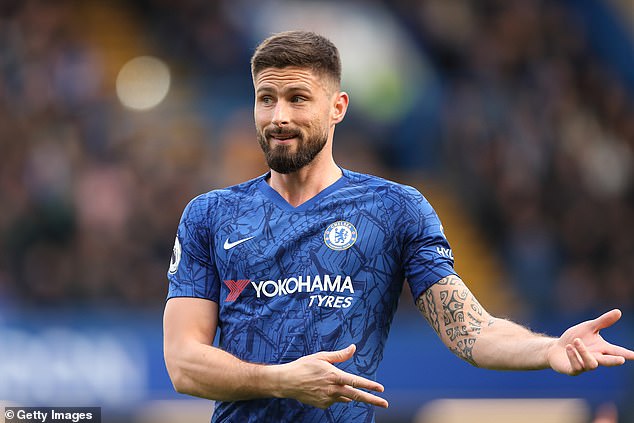 Forward Olivier Giroud has opened up on coming close to