'His passing is ridiculous': Chelsea manager Frank Lampard can't wait to hand summer signing Hakim Ziyech his debut, according to Rio Ferdinand Hakim Ziyech joined Chelsea in a £37.8million transfer from Ajax this summer The forward is yet to make his debut due to a knee injury sustained last month However, the 27-year-old has already impressed Chelsea boss Frank Lampard

Ziyech joined the Blues officially this summer in a £37.8million transfer from Ajax - although the deal was initially back in February.

The winger is yet to make his Chelsea due to a slight knee injury sustained last month in a pre-season friendly against Brighton but already he has impressed Lampard, according to Ferdinand. 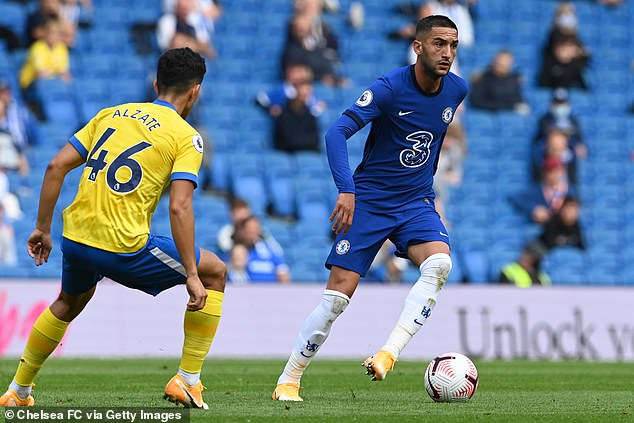