Bayern Munich's return of fans is BLOCKED just hours before the season starts in Germany - with authorities revoking the decision to let a 7,500 crowd in after spike in Covid infections Bayern Munich's return of supporters has been blocked in the final hours 7,500 fans were expected to attend the season opener against Schalke on Friday However, a surge in covid-19 cases has meant plans have been abandoned  The finale of the 2019/20 campaign was played behind closed doors in Germany

Bayern Munich's return of supporters has been blocked mere hours before their season opener after authorities revoked the move following a spike in coronavirus infections in Germany.

The Champions League winners host Schalke tonight as they look to defend their Bundesliga title once more at the Allianz Arena, after Hans Dieter-Flick's side romped home to victory last season.

There had been plans for 7,500 fans to attend the game this evening, as football attempts to bring supporters back to games amid the coronavirus pandemic. 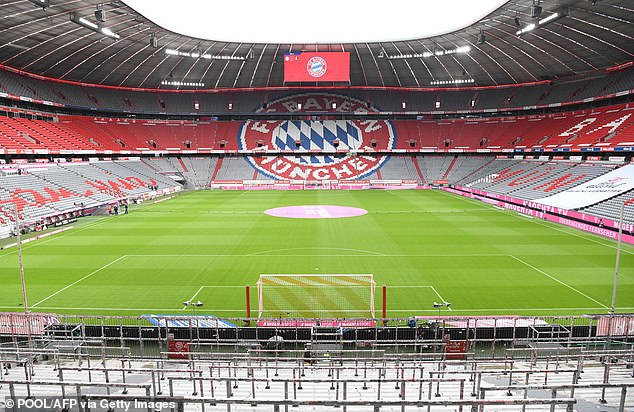