JAN AGE FJORTOFT: Telepathic Thiago Alcantara can take Liverpool to the next level following his stunning £25m switch from Bayern Munich Thiago Alcantara can help Liverpool push on further after his move to the club  The Spanish midfielder is capable of dictating play with his excellent passes  Thiago has a great attitude and Liverpool's attackers will love playing with him

By Jan Aage Fjortoft For The Mail On Sunday

It is always important for clubs to improve when they are at the top. Freshen up the squad, keep the star players on their toes.

When I was growing up, it was something Liverpool were always good at. They have done it again with the signing of Thiago.

He was the best player in the Champions League final and Liverpool have managed to get him for £27million at a time when Chelsea have spent nearly £150m on Kai Havertz and Timo Werner, and Manchester United may have to pay more than £100m for Jadon Sancho. That is great business by Jurgen Klopp. 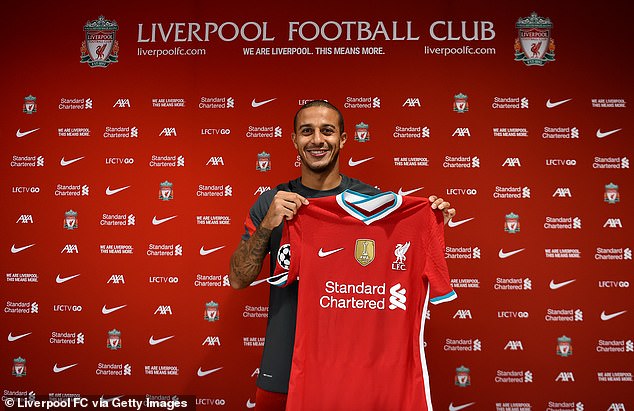 I remember when Pep Guardiola came to Bayern Munich there was a headline in a German magazine and it read: 'Thiago oder nichts'. Thiago or nothing. He was still at Barcelona, a talented player but not a star. Yet here was Pep saying that this was the man I want to conduct my play. He knew what we now all see.

Liverpool's front three will love this signing. When you