Liverpool left sweating over captain Jordan Henderson as he is forced off with a 'tight thigh' against Chelsea... paving the way for Thiago Alcantara to make his Reds debut Jordan Henderson was injured in Liverpool's match against Chelsea on Sunday  The 30-year-old picked up a thigh problem in the first-half at Stamford Bridge  Henderson was replaced by Thiago Alcantara at half-time for his Reds debut The Liverpool captain could face a spell on the sidelines in the coming weeks

Liverpool are worrying about the fitness of Jordan Henderson who was injured during the Merseysiders' Premier League clash away at Chelsea on Sunday.

The Reds captain did not reappear for the second-half at Stamford Bridge due to a thigh issue and was replaced by new signing Thiago at the interval.

Henderson played a key role in the Liverpool midfield as the Premier League champions stifled Chelsea's plans to be effective on the counter attack during the opening period. 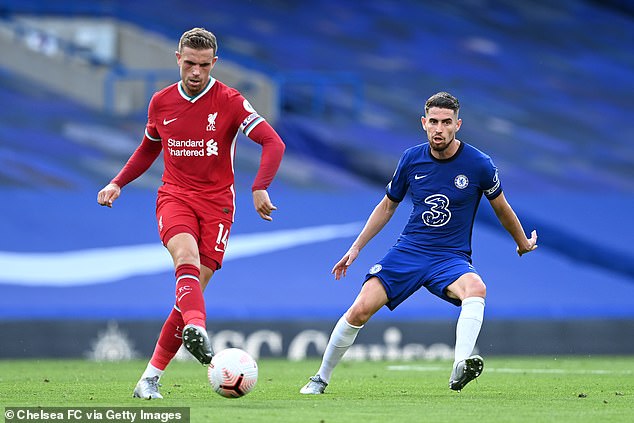 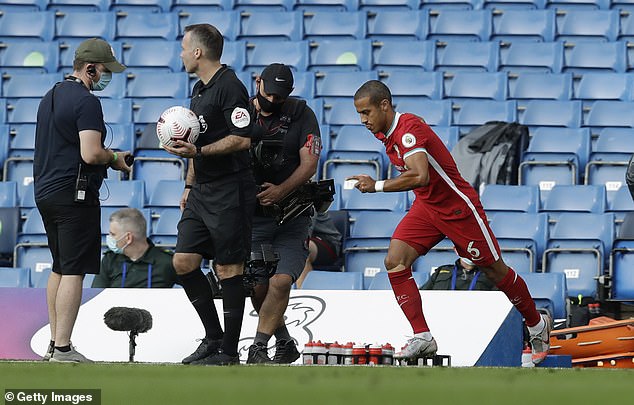 The 30-year-old's final touch of the game was a superb through ball which allowed Sadio Mane to run through on goal. The winger was brought down by Chelsea defender Andreas