Essex took a narrow advantage in county cricket’s inaugural red-ball ‘cup final’ on the day it emerged the three-conference system is here to stay.

Last year’s county champions reduced perennial runners-up Somerset to 119 for four on a rain-affected first day of the Bob Willis Trophy final as Lord’s staged the first of what is set to become a regular first-class showpiece climax to the domestic season.

This late-season clash of the best two red-ball teams in the country is likely to be a low-scoring affair, mainly because of the two potent attacks, and it was Essex who struck the first blows in the 44 overs possible. 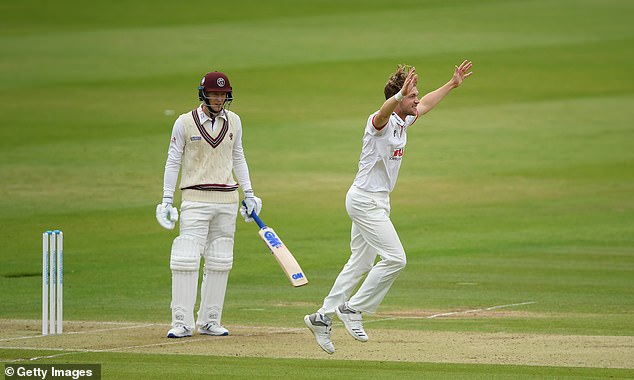 Sam Cook, Little Chef to Sir Alastair Cook’s Chef in the Essex nickname stakes, made the breakthrough in his first over to have Somerset’s exciting young opener Tom Lammonby plumb lbw for a duck to claim his 100th first-class wicket. ‘To reach that landmark here at the home of cricket was a special feeling,’ said Cook.