Pierre-Emerick Aubameyang reveals he turned down BARCELONA to stay at Arsenal, as striker admits Mikel Arteta and 'love' from supporters persuaded him to sign new £350,000-a-week deal at the Emirates Barcelona made a bid to lure the 31-year-old to the Nou Camp this summer But Aubameyang signed a three-year deal worth £350,000-a-week to stay The chance to improve under manager Arteta was a 'key factor' in his decision

Pierre-Emerick Aubameyang has admitted he considered leaving Arsenal this summer but the chance to improve under manager Mikel Arteta was a 'key factor' in his decision to commit his future to the club.

Barcelona tried to lure the 31-year-old to the Nou Camp before the Gunners confirmed their captain had signed a new three-year deal worth £350,000-a-week after months of speculation over his future.

Aubameyang helped Arsenal win the FA Cup final and the Community Shield at Wembley - scoring in both games - and netted in his side's opening Premier League win over Fulham. 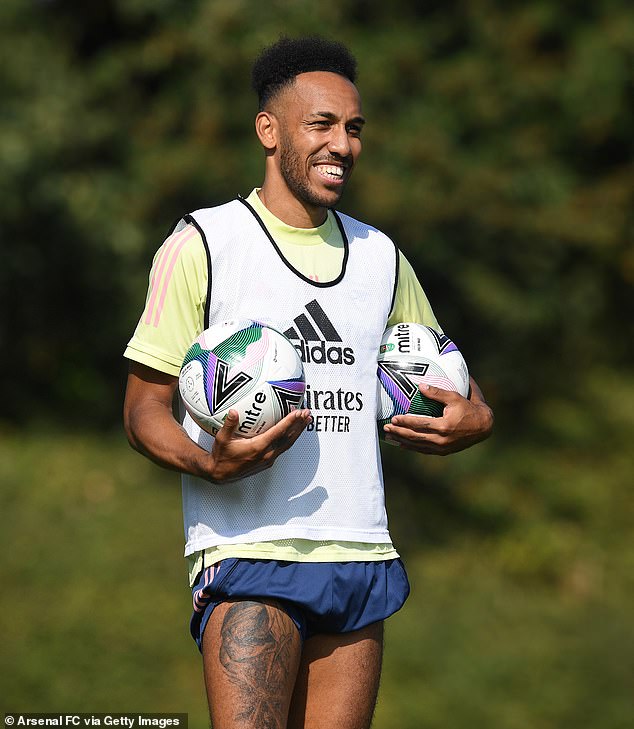 Pierre-Emerick Aubameyang has admitted he considered leaving Arsenal this