'I don't think he will be up for sale': Inter Milan chief Piero Ausilio rules out move for N'Golo Kante this season with Chelsea unwilling to open talks over their midfield star Inter Milan chief Piero Ausilio has ruled out a move for N'Golo Kante this season  The midfielder had been linked with a reunion with former boss Antonio Conte But Chelsea are said to be unwilling to open negotiations over the Frenchman

Inter Milan chief Piero Ausilio has ruled out a move for N'Golo Kante this season because Chelsea are unwilling to listen to offers.

Antonio Conte was keen on a reunion with the Frenchman after the pair won the Premier League together in 2017 but Frank Lampard is determined to hold on to the Frenchman.

The Blues have already rejected an offer which involved Christian Eriksen and Marcelo Brozovic and Ausilio claimed the midfielder is too important to Chelsea for the Blues to consider selling him. 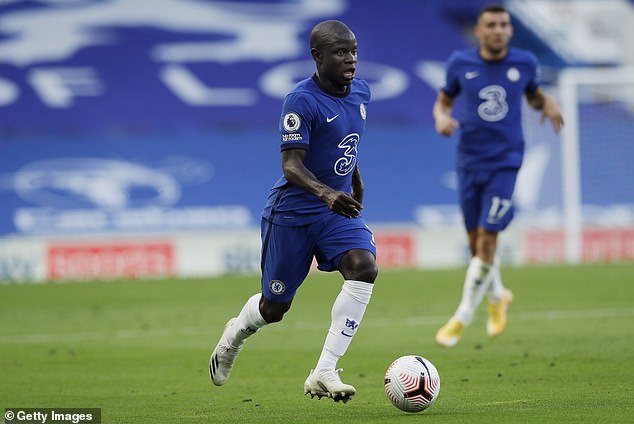 Inter Milan chief Piero Ausilio has ruled out a move for