'I would like to fight but I don't think I can': Jose Mourinho says he has GIVEN UP on the Carabao Cup because of Spurs gruelling schedule... despite facing fierce rivals (and his former employers) Chelsea on Tuesday Jose Mourinho admitted he'll need to make wholesale changes for Chelsea clash Spurs boss said he has to give up on the cup and prioritise the Europa League Tuesday's match with Chelsea is Spurs' third game in a run of five in just 11 days When told his side stood a good chance, Mourinho said: 'Are you joking?'

Tottenham boss Jose Mourinho says he has all but given up on the Carabao Cup because of their gruelling fixture schedule. Spurs face rivals Chelsea in the fourth round on Tuesday night – their third game in a run of five matches in 11 days.

Mourinho insists the EFL have given him no choice but to make wholesale changes because Spurs must prioritise Thursday's clash with Maccabi Haifa in the more lucrative Europa League.

'I would like to fight for the Carabao but I don't think I can,' he said. 'We have a game on Thursday that gives us not as much money as the Champions League but the group phase of the Europa League gives us a certain amount that for a club like us is very important. 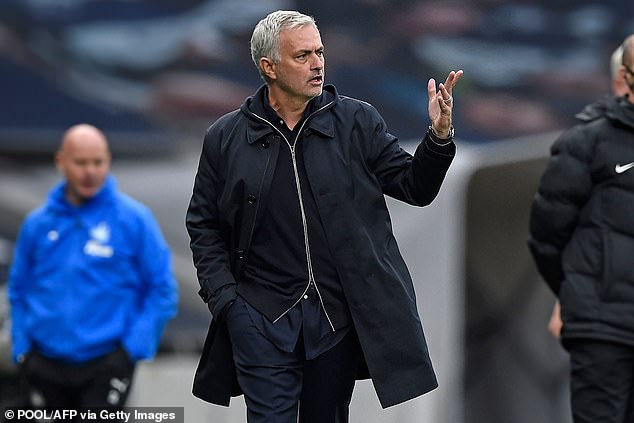 'It's a competition with a possible group phase that gives us a good chance to go through to the next knockout stage so this game on Thursday is very important for us.'

On the prospect of rotating his squad, Mourinho added: 'You can

Northern Territory Man who raped a stripper with a beer bottle during a sex ...