Sam Burgess under investigation by police and rugby league authorities amid claims made against him in relation to domestic violence and drug usage... while new allegations emerge of him threatening a rival player with the intention of assaulting him A report in The Australian made serious allegations against Sam Burgess The former England rugby star was accused of taking recreational drugs Burgess was also accused of domestic violence in the newspaper on Thursday The former England rugby international has strongly denied both claims There have been further allegations about threatening a rival player

Sam Burgess is under investigation by police and rugby league authorities in Australia, with his career in limbo amid new claims against him.

The Yorkshireman who crossed codes to play for Bath and England, from 2014 to 2015, has stood down from his job as assistant coach at South Sydney Rabbitohs — the club who he led to an NRL title six years ago.

He has also temporarily withdrawn from his role as a TV pundit for Fox Sports, as a storm rages around him. 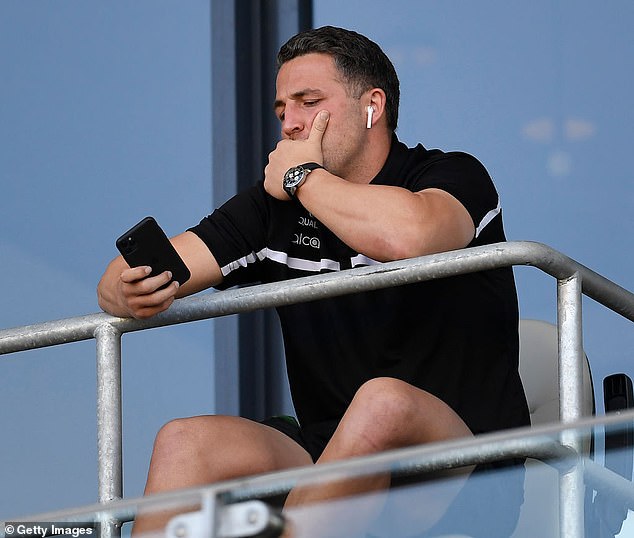 Burgess was the subject of explosive