'I'm completely sick...I SHOULDN'T have played': Alexander Zverev reveals he has coronavirus symptoms with German suffering 38c temperature overnight before crashing out of the French Open with defeat to Jannik Sinner Alexander Zverev was beaten by Jannik Sinner in the French Open fourth round  Zverev said he could hardly breathe and was completely sick during the night  The German admitted he should not have played his defeat to Jannik Sinner

Alexander Zverev has shockingly revealed he has coronavirus symptoms but chose to play his match anyway, before crashing out of the French Open.

The German went out in the fourth round of the major after being defeated by Italian Jannik Sinner in four sets.

But speaking to the press after his defeat, the 23-year-old German, wearing a mask, told the press he had a temperature of 38 degrees celsius overnight and had been displaying Covid-19 symptoms. 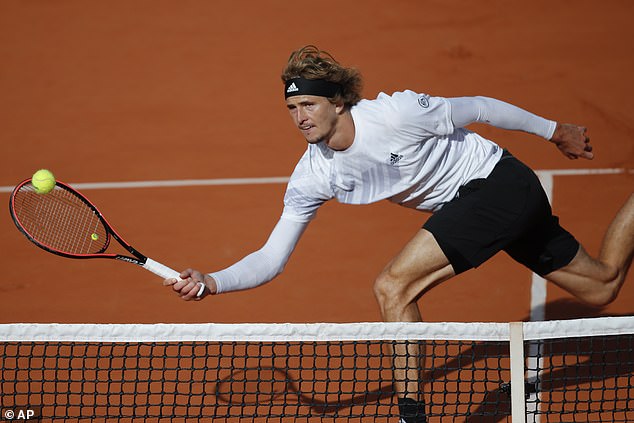 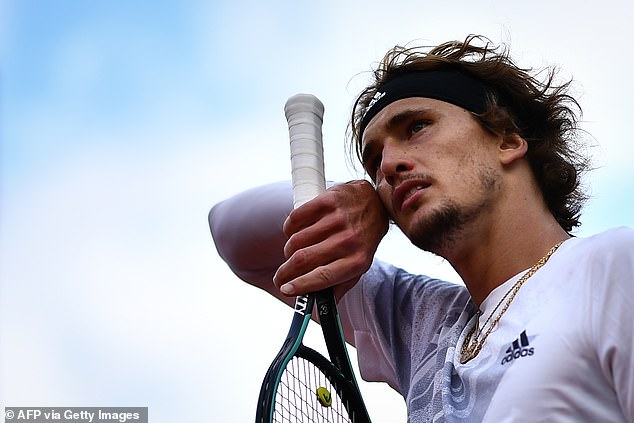 'I warmed up today;