England Under 21s lost their perfect qualifying record after suffering a scare on a plastic pitch in Andorra.

Aidy Boothroyd’s side appeared to have just struggled beyond dogged opposition but conceded a stoppage-time equaliser in a six-goal thriller.

It had appeared that substitute Eddie Nketiah had inched England over the line by pouncing to net his 13th goal at this level to equal Alan Shearer’s record – but they could not hold on. 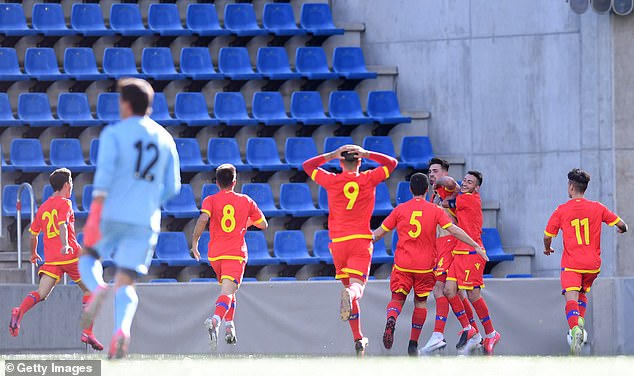 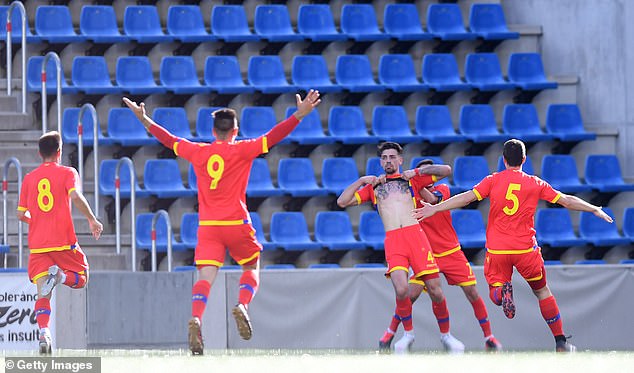 This was a difficult afternoon, England sluggish for spells on the 3G surface, while Boothroyd kept the majority of his bigger names – including Nketiah and Dortmund’s Jude Bellingham – on the bench with a view to next week’s home tie against Turkey.

Andorra took a shock lead just before the half-hour, with Ricard Fernandez – a striker who has played at senior level – pouncing on indecision within the England back four. Fernandez moved beyond Jonathan Panzo and lashed his effort high into Aaron Ramsdale’s top left-hand corner.

There was patience to the Young Lions, however, and Sam Surridge went close with a header from Eberechi Eze’s clipped cross. An equaliser was coming and arrived when Tom Davies met Josh Dasilva’s cut-back, expertly bending an effort into the far corner from the edge of the box on the