Manchester City close in on new five-year contract for Kevin De Bruyne worth over £300,000 a week as they look to tie the brilliant Belgian down for the rest of his career Kevin De Bruyne is closing in on a new five-year contract at Manchester City City want the Belgian to sign a two-year extension to his deal that runs until 2023 De Bruyne is poised to put pen to paper on a deal worth over £300,000-a-week City want to reward their stars for showing loyalty during the club's FFP battle

Manchester City are making strong progress with Kevin De Bruyne over signing a new five-year contract, raising the prospect that he will finish his career at the club.

Sportsmail understands the central midfielder is keen on signing a two-year extension to an existing contract that runs down in 2023.

De Bruyne is expected to put pen to paper on a deal worth beyond £300,000-a-week in basic wages, with additional bonuses built in on top. 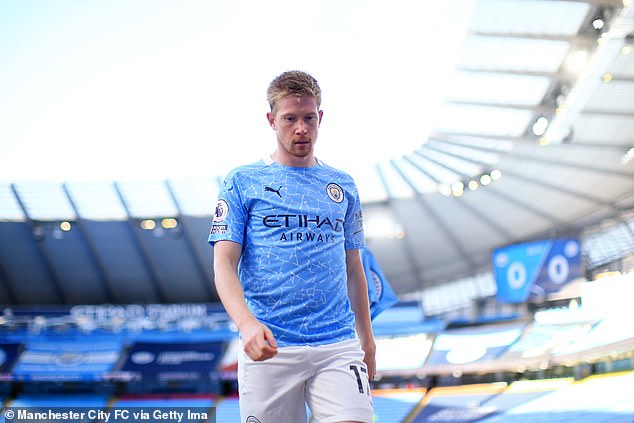 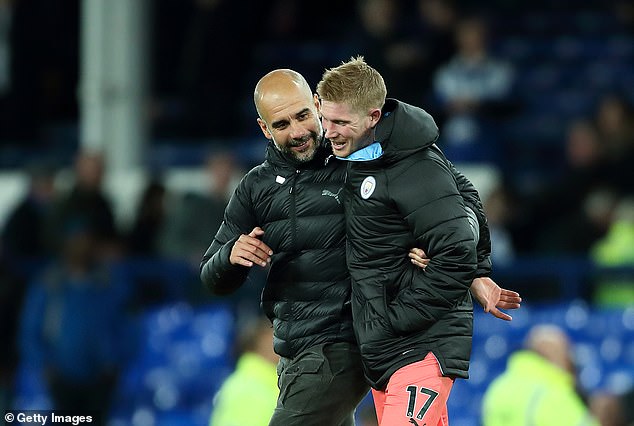 It means Pep Guardiola will have the Belgian