'It was difficult for me': Chelsea new boy Kai Havertz admits he has struggled to adapt to 'intense' Premier League football after joining from Bayer Leverkusen... but is confident of success at Stamford Bridge Kai Havertz has admitted his struggles at Chelsea since joining for £72million The German star says the Premier League is 'more intense' than the Bundesliga  He has backed himself to succeed and believes he has done 'pretty well' so far

New Chelsea midfielder Kai Havertz has revealed that he has found life in the Premier League 'difficult' so far.

The German ace sealed a move to the Blues in the summer from Bayer Leverkusen for the princely fee of £72million.

The 21-year-old is yet to score in the Premier League and has registered one assist in four appearances - but has got off the mark for the club in the Carabao Cup as he scored a hat-trick against Championship side Barnsley. 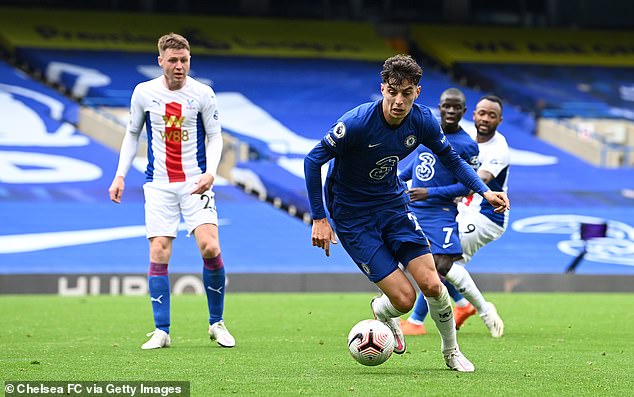