'It was a shock when it happened before the Hull game': West Ham boss David Moyes speaks out over testing positive for Covid-19 after returning to training this week following four matches away from the dugout David Moyes tested positive for virus before the Carabao Cup game against Hull The West Ham manager is now back in training after making a full recovery The Scottish coach handed over the reigns on matchday to Alan Irvine Hammers have won two out of two Premier League games since convincingly

David Moyes has spoken for the first time since testing positive for coronavirus and says he's feeling 'much better' after returning to training.

Moyes handed over the reigns on matchday to his assistant Alan Irvine and his side were extremely successful in his absence, beating Wolves 4-0 and Leicester 3-0 in the Premier League, and Moyes admitted the players and backroom staff have done 'really well' in his absence. 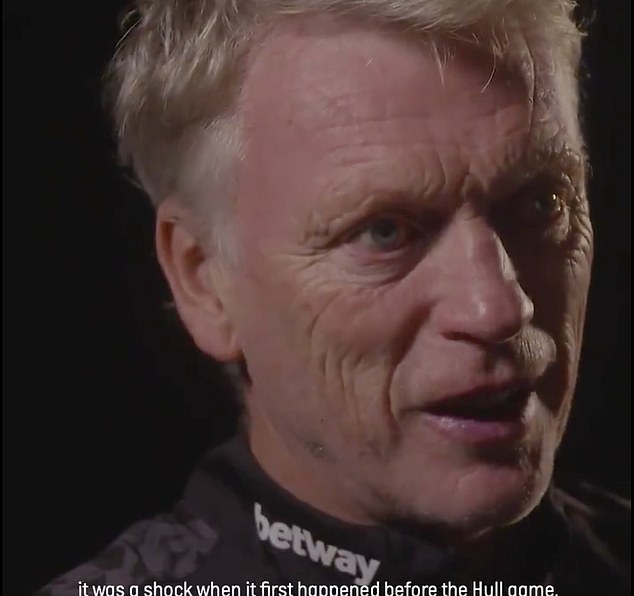 PREV sport news Mesut Ozil SLAMS Arsenal for a lack of 'loyalty' after being left out of ...
NEXT sport news Trent Alexander-Arnold and Virgil van Dijk offer Neco Williams their total ...