'I was slicing up Fedz and was like, "Damn"... I wanted to take her out for a drink': Nick Kyrgios admits he became distracted by an attractive fan during match against Roger Federer Outspoken tennis player Nick Kyrgios has made headlines again in a Q&A The Australian star said he was left distracted by an attractive girl in the crowd  It happened against Roger Federer and he 'wanted to take her out for a drink'  Kyrgios has not returned to the tour since it restarted due to COVID-19 concerns

Nick Kyrgios has revealed he was once so distracted by an attractive fan in the crowd that he could not concentrate during a match against Roger Federer.

The Australian admitted that he 'wanted to take her out for a drink,' and added that when he is not seeing someone, he is close to attractive fans on a weekly basis.

The 25-year-old, who has not returned to the ATP Tour since it restarted following the coronavirus crisis, used to go out with Russian tennis player Anna Kalinskaya, 21, but they broke up in March and he has now made more headlines in a Q&A with fans whilst playing popular video game Fortnite with Twitch user babztv1. 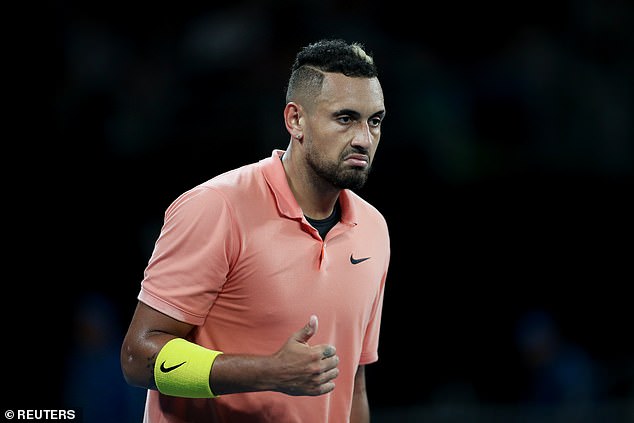 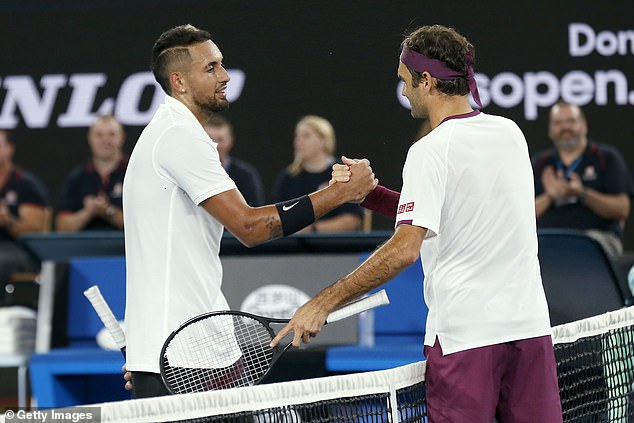 Kyrgios explained to those watching: 'Yes. In all seriousness, if I'm not seeing someone, it's a weekly thing.

'I was slicing up "Fedz" [Roger Federer] and was like, "Damn." I wanted to take her