CHRIS SUTTON: Harry Maguire is going to have to show real strength of character to come back from this – he will eventually because there’s a good player in there England lost 1-0 to Denmark in the Nations League on Wednesday evening  Harry Maguire was sent off after picking up two yellows in the first half  Man United captain has had a poor start to the season for club and country

It has been a horrible start to the season for Harry Maguire and I really feel for him. His confidence must be shot.

He’s a really talented player but he has been woeful and he is going to have to show real strength of character to come back from this.

There will be a lot of fans around the country revelling in the fact he’s having an absolute shocker. I’ve been there when my confidence was down. I was on my knees and it’s horrible to see another player going through that. Eventually he’ll come through it because there’s a good player in there. 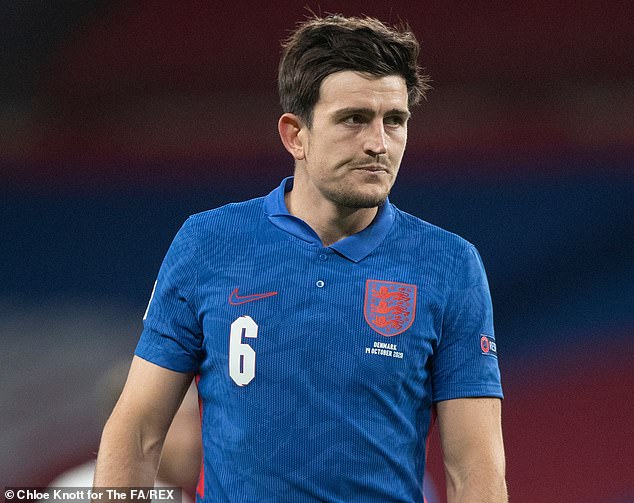