Derby 0-1 Watford: Pressure growing on Phillip Cocu as Joao Pedro's stunning curler gives Hornets victory at the Rams to leave home side with just one win from five matches Watford beat Derby County 1-0 away from home to move into the play-off spots  Joao Pedro curled home a stunning finish with 15 minutes to go on Friday night Wayne Rooney missed a one-on-one chance in Derby's best attacking chance Phillip Cocu's side have just one win from five Championship games this season

By Janine Self for the Daily Mail

Brazilian teenager Joao Pedro has been bulking up so he can handle the rough and tumble of English football.

He has added seven kilos of muscle but not at the cost of losing his magic touch.

One moment of quality – actually the only wow moment of a tight encounter – saw the striker deliver a wonder goal which had the dual effect of catapaulting Watford into fifth and pile the pressure back on to Derby coach Philip Cocu. 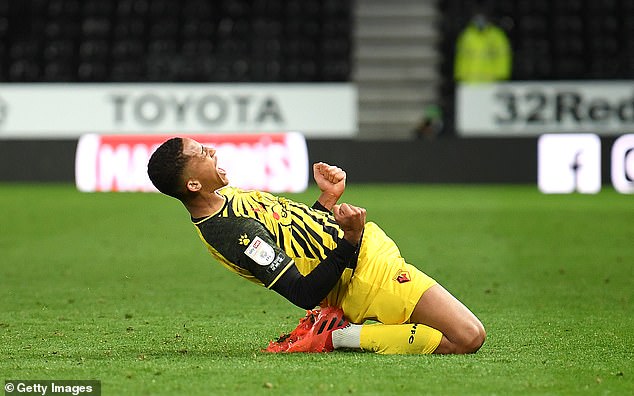 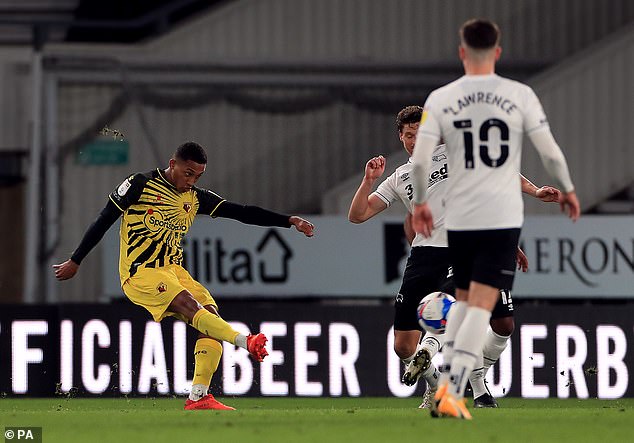 Speculation that Wayne Rooney is waiting in the wings was dismissed as ‘rubbish’ by County owner Mel Morris before kick-off.

To reinforce the message, Morris and his head coach could be seen chatting and laughing together and generally hammering home a hugely visual