'It felt like a defeat... it was a big failure on our part, a big error': Sergio Reguilon admits he was 'very angry' after Spurs' dramatic draw with West Ham and reveals Gareth Bale is 'more like the person he really is' after ending Real Madrid nightmare Sergio Reguilon was left distraught by Spurs' late collapse against West Ham Spurs were 3-0 up at half-time but spectacularly conceded three goals late on Reguilon admits the result 'felt like a defeat', leaving him 'very angry' afterwards The Spaniard has also revealed how Gareth Bale is much happier at Tottenham Bale is in high spirits since completing his loan move back to Spurs this summer

Spurs stormed into a 3-0 lead after just 16 minutes, as Son Heung-min's opener and Harry Kane's quick-fire brace – one of which was set up by Reguilon – put Jose Mourinho's men into a commanding position with all three points seemingly wrapped up.

However, after failing to close out the game with a number of chances, the Hammers roared back in the final eight minutes after Fabian Balbuena's strike and a Davinson Sanchez own goal gave David Moyes' side the momentum in the dying moments. 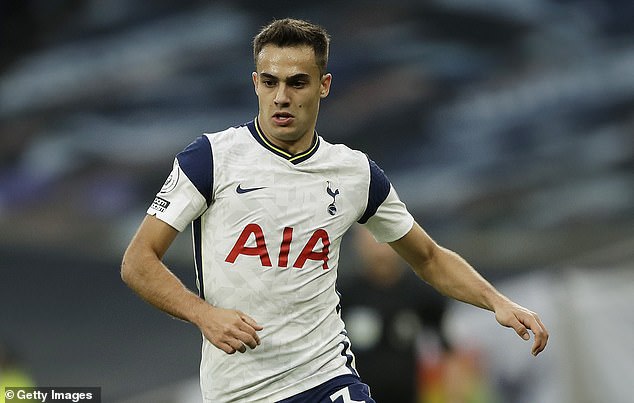 Then, in the fourth minute of added-time, second-half substitute Manuel Lanzini completed the spectacular comeback with a long-range screamer to match, sending the visitors into a frenzy as they rescued a point.

Abject disappointment was strewn across the faces of the Tottenham players at the full-time whistle, which left Reguilon enraged at the result.

'It felt like a defeat,' Reguilon told Sky Sports. 'It was a big failure on our part, a big error. I was very angry afterwards. I didn't want anything to do with anyone.

PREV Pablo Matera sacked as Argentina captain for 'xenophobic' tweets mogaznewsen
NEXT sport news Football must use concussion substitutes to allow players to be properly ...