Stipe Perica’s first goal in English football looked set to earn the hosts a third consecutive win thanks to a resilient defensive display, but they still move up to second and two points from top.

Both teams have made encouraging starts to life back in the second tier and appear to have allayed fears of a relegation hangover, sitting in third and fourth respectively before this game. 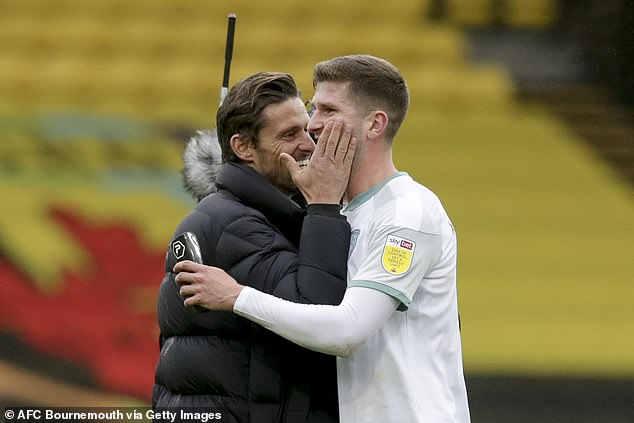 Bournemouth are now unbeaten in seven league games with three victories, while Watford’s only loss was a 1-0 reverse at table-topping Reading.

Cherries boss Jason Tindall insisted his side were good value for their point. He said: ‘I felt we deserved it, I felt if we got nothing from today’s game that would have been very harsh because I felt we controlled pretty much the majority of the game.

'We created some good moments and thankfully for us the goal came. We were the dominant side in the second half.’

He admitted, however, that Lloyd Kelly could have seen red for a nasty foul on Ismaila Sarr after just two minutes, adding: ‘I’ve got to be honest, on another day it could have been a red card but all I do know is Lloyd is not that sort of character, not that type of player where he will go in with any malice.’

The opening period was marked by a series of strong challenges from both sides amid chilly conditions in Hertfordshire.

The opener came with barely 10 minutes played, Craig Cathcart finding the dangerous Sarr with a pinpoint ball from the back and the winger sent in a lovely low centre for Perica to slide home.

Bournemouth responded well to going behind, pinning the hosts back and forcing a succession of corners without truly threatening Ben Foster’s goal.

There were glimpses of some flowing football from Tindall’s men but they lacked a killer touch with Dominic Solanke firing their best chance straight at Foster after a smart turn.

Watford started the second period strongly as Asmir Begovic did well to block Sarr’s shot after a fine through-ball from Etienne Capoue, before the Senegalese was denied a penalty following a clash with Kelly inside the box.

However, the hosts then required a flying save by Foster from Solanke’s effort to keep the scores level. The one-cap England striker also had another strike deflected behind for a corner but the Cherries found their attacking efforts increasingly stilted.

Substitute Domingos Quina then summoned up a moment of magic, skipping away from Lewis Cook in midfield before his swerving shot almost deceived Begovic, but the stopper managed to fend it away.

The Portuguese youngster came close with another vicious strike as Begovic desperately clawed it to safety again.

Deep into the seven minutes of injury time, Foster palmed over a looping King header. From the resulting corner Mepham deflected in Kelly’s goalbound shot to maintain Bournemouth’s unbeaten league record and ensure the home side have failed to win in the last 11 meetings between these two sides.

Watford boss Vladimir Ivic was left incensed by the timing of the final whistle, believing his team should have been allowed

PREV sport news Manchester United may well look back on this season as a missed opportunity to ...
NEXT sport news Paolo Maldini confirms AC Milan want to make Fikayo Tomori's loan deal from ... 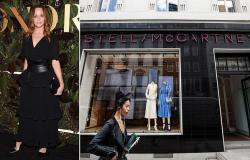