'He's not easy on the eye, he's not Messi but who cares?': Liverpool boss Jurgen Klopp heaps praise on 'monster' Nat Phillips after his Man of the Match display against West Ham Jurgen Klopp praised Nat Philipps following his debut against West Ham United The Reds have been without injured stars Virgil van Dijk and Fabinho in defence Klopp said Philipps 'helped the team incredibly' to beat David Moyes's side 2-1 The Liverpool boss referred to Philipps as a 'monster', saying he was 'incredible'

Liverpool boss Jurgen Klopp has heaped praise on Saturday's debutant Nat Philipps for his Man of the Match display against West Ham.

Philipps was called up to Klopp's squad following an injury crisis that has seen Liverpool go without star players Virgil van Dijk and Fabinho.

Klopp said Philipps 'helped the team incredibly' to beat David Moyes's side 2-1 after initially going 1-0 down when Pablo Fornals opened the scoring just 10 minutes in. 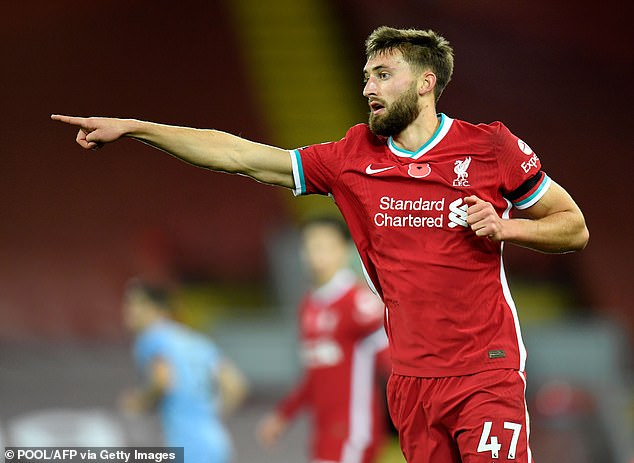 Jurgen Klopp was delighted with the performance of centre-back Nat