Callum Wilson has urged Newcastle to keep their heads screwed on as they attempt to cement a solid start to the new Premier League season.

The 28-year-old, a £20million summer signing from relegated Bournemouth, scored his fifth and sixth goals of the season on Sunday as the Magpies beat high-flying Everton 2-1 at St James' Park.

Victory eased Steve Bruce's men up to 11th with 11 points from their opening seven games, although with a tough trip to in-form Southampton to come on Friday evening, Wilson is taking nothing for granted. 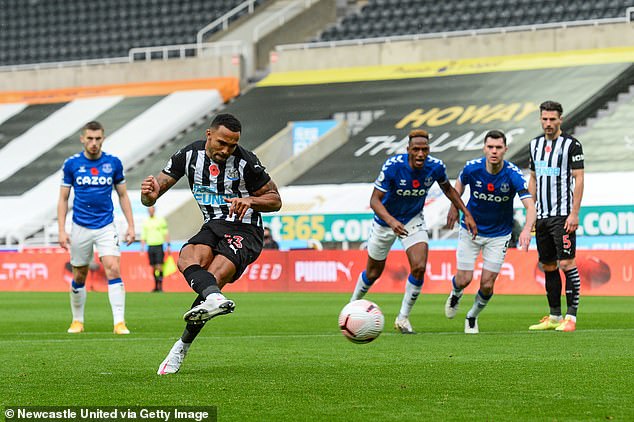 Asked about the impact of the win over Carlo Ancelotti's men, he told NUFC TV: 'It will give the boys a lift. Three points always shoots you up the league and 11 points now, it's something to build from.

'At the minute, there's a good togetherness about the group and results obviously help with that as well, so this week is going to be a good week.

'It's a shorter period until our next game, but we'll be professional, make sure we've got our heads screwed on and get ready for Southampton away.'