'The other Ansu': Spanish press hail Alejandro Balde after Ronald Koeman promotes the explosive young full-back to the Barcelona first-team ahead of a crucial stage of the season Alejandro Balde is making the move from La Masia to Barcelona's first-team  The Spanish press have backed him to replicate the impact of Ansu Fati The full-back will compete with Jordi Alba for a place in Barcelona's line-up

Barcelona manager Ronald Koeman has been busy reinforcing his ranks in the international break and has promoted promising youngster Alejandro Balde to the senior side.

Spanish paper Sport describe Balde as Koeman's 'other Ansu Fati' and say the 17-year-old is already considered good enough to feature in the Barcelona first-team.

But he won't be a direct replacement for Fati, who faces four months out with a knee injury sustained in Barcelona's 5-2 win over Real Betis in their last match. 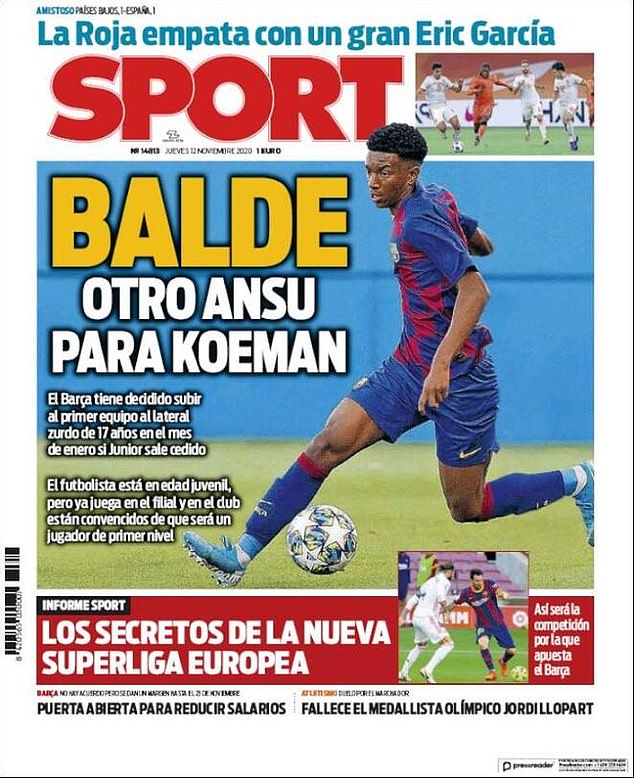 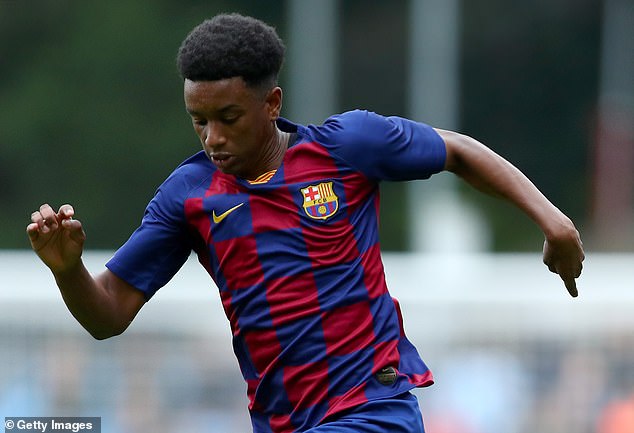 Balde is an attacking left-back, described as 'explosive' by Barcelona's website.

Liam Neeson is trapped on the set of his new movie Blacklight due to COVID-safe ...

Pain: Grimacing can make an injection more bearable, study claims ahead of ...