Kevin-Prince Boateng has opened up on what it was like playing with Barcelona star Lionel Messi, stating that he was so impressive that he considered giving up playing.

The 33-year-old, who currently plies his trade in Serie B at Monza, played alongside the six-time Ballon d'Or winner in a short-term loan spell last year.

Boateng has lifted the lid on what working with Messi was like, admitting that before his temporary move from Sassuolo he regarded Portugal star 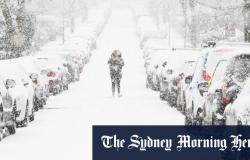 Queen's parents 'didn't approve of Philip' as he was 'dangerously progressive'